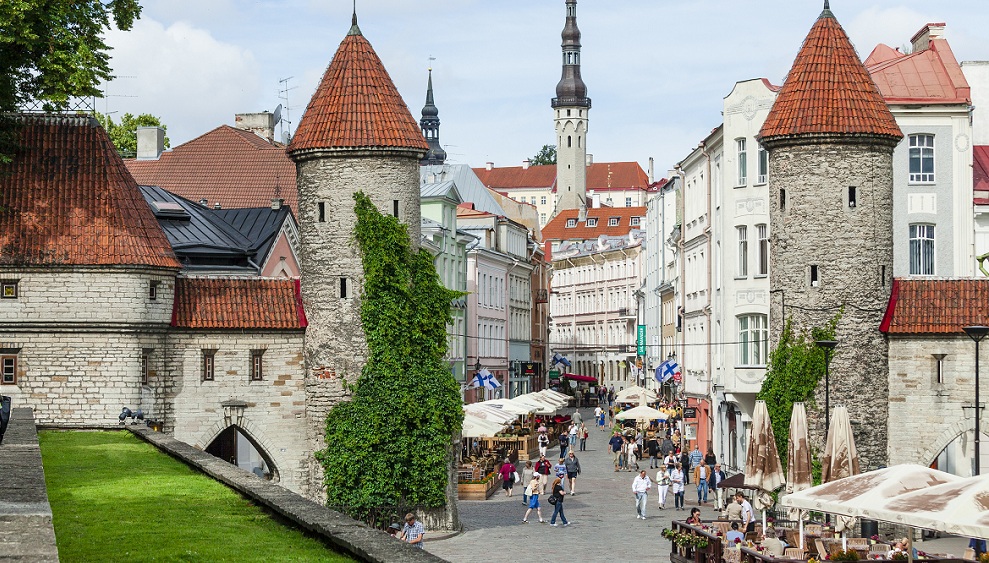 Looking for a road less traveled for your next – or first – European performance tour? Think outside the box and consider the Baltic States of Latvia and Estonia. Long considered as hidden treasures of Europe, these countries are gaining in popularity and won’t stay hidden much longer.

Put away any preconceived notions you might have about former Soviet republics. With vibrant, historic capital cities, distinct traditions and languages and a rich musical history, Latvia and Estonia pack a ton of culture and charm into a compact space.  Venture just outside the cities and you’ll find a magical landscape of forests and wetlands, sandy beaches and treacherous bogs just waiting for you to explore.

Music, especially song, played an important role here in expressing defiance against Soviet occupation in the 1980s and is still held in high esteem.  Visiting ensembles are sure to find enthusiastic audiences and a welcome reception from the locals. 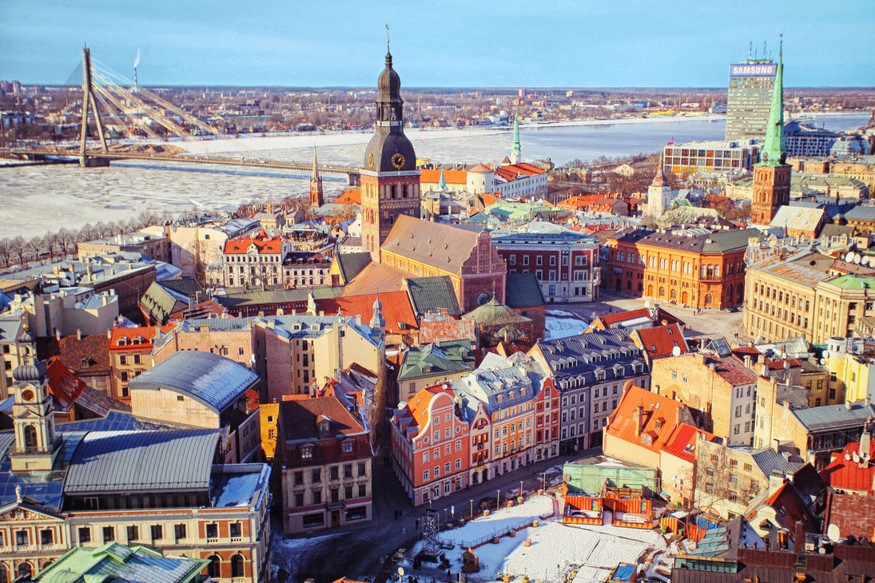 Riga, the capital of Latvia and the largest city in the Baltics, makes a great starting point for any tour.  Named the European Capital of Culture in 2014, Riga is known for its charming medieval old town, a UNESCO World Heritage site.  After touring the city walls and castle, climb the tower of St Peter’s Church, the tallest peak in the city, for breathtaking views of the city.  The church hosts a concert series on Tuesdays and welcomes performances from touring ensembles.

Also in the Old Town is the Great Guild Hall, one of the oldest and most interesting buildings in Riga dating back to the 14th century.  Home to the Riga Philharmonic, it has 669 seats and could be a wonderful venue for a wind ensemble or orchestra. 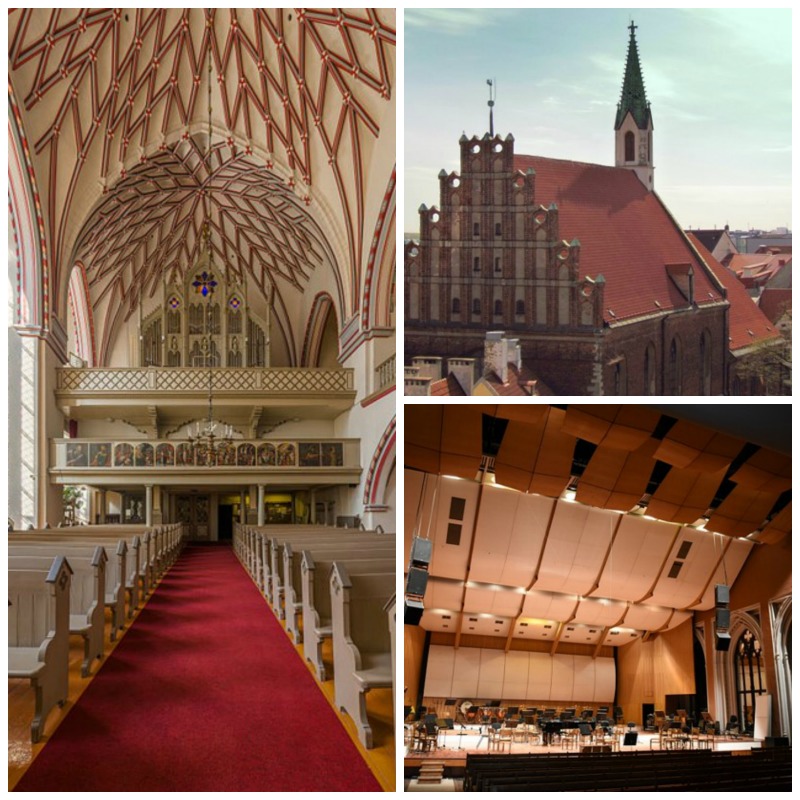 Less than an hour’s drive from Riga finds Sigulda, whose stunning scenery and ancient castles have inspired artists for centuries. Visit the Turaida Stone Castle and nearby Folk Song Hill and Folk Song Garden.  Folk Song Hill was the place where the Latvian Singing Revolution emerged and continued until Latvia gained independence from the Soviet Union in 1991.  It became a site for people to gather and sing, perform music and dance and continues to do so today. Visiting choirs can have an informal opportunity to sing on the site. 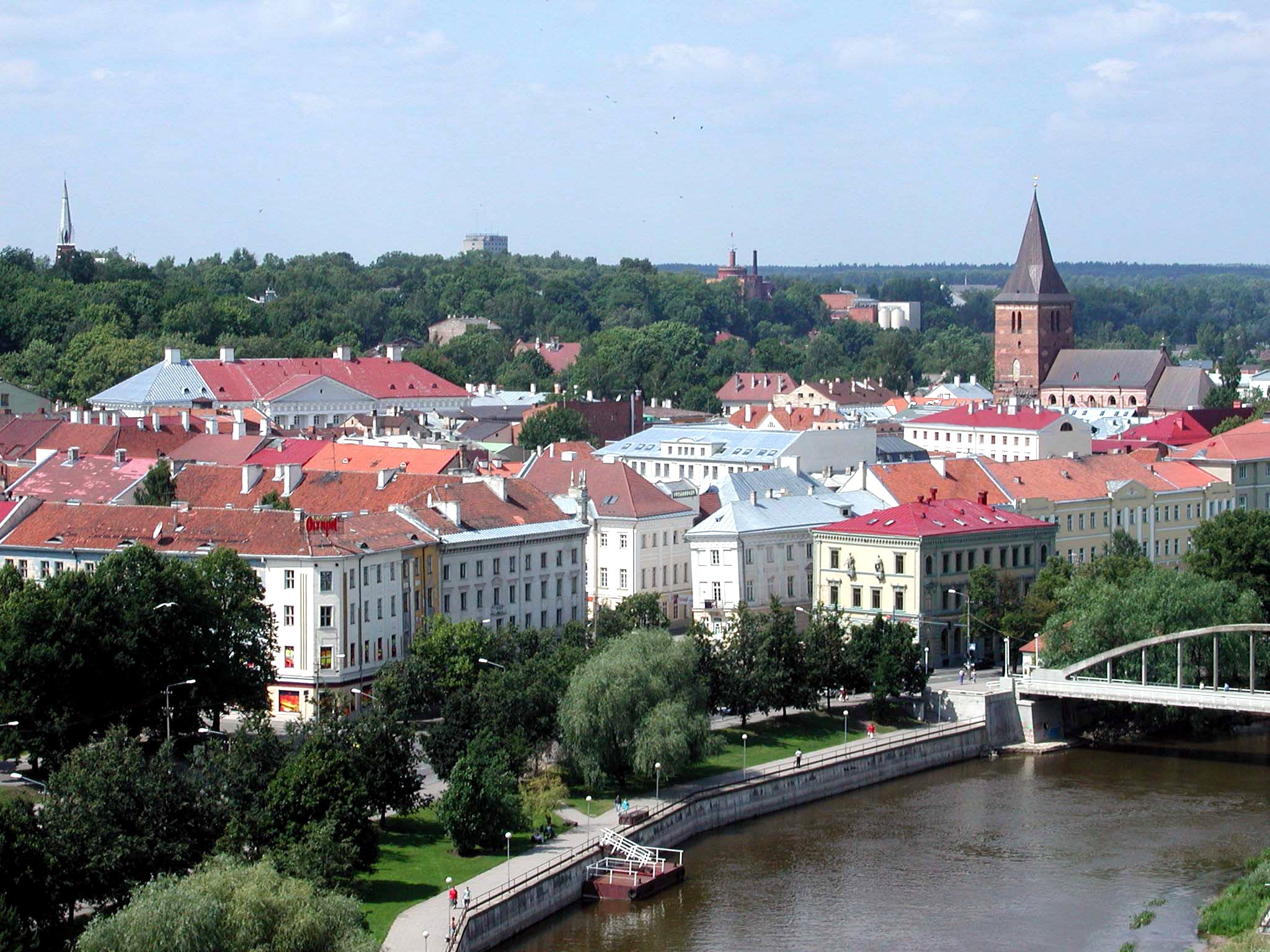 From Sigulda, cross the border into Estonia to Tartu, the intellectual center of the country and home to its oldest and most renowned university. With students making up a large part of the population, Tartu has the energy and spirit of a much larger city.

For smaller ensembles, Assembly Hall at the University of Tartu offers a wonderfully classy and intimate performance space with more than 400 seats. Also in Tartu is Vanemuine Theatre, the oldest and most prestigious venue in Estonia, featuring three halls including the 900-seat Concert Hall and 700-seat Theatre Hall.

From Tartu, continue north to the capital of Tallinn on the Gulf of Finland. Featuring a thoroughly enchanting walled Old Town, Tallinn is one of the best preserved medieval cities in Europe. You’ll love exploring the winding cobblestone streets, soaring steeples and grandiose merchant houses dating back to the Middle Ages. 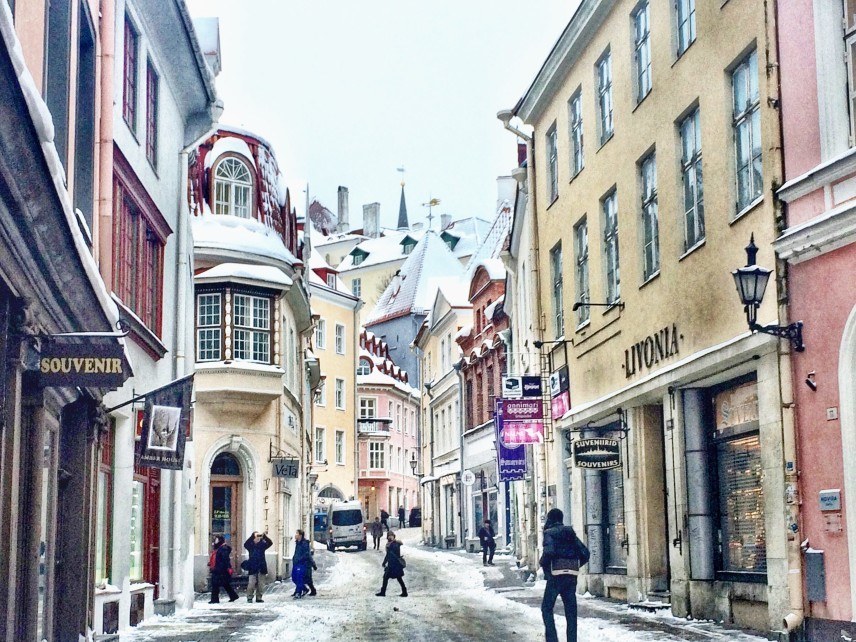 Tallinn is also home to the National Estonian Song Festival, one of the largest amateur choral events in the world. Held every 5 years in July on the Tallinn Song Festival Grounds, it boasts a joint choir of more than 30,000 singers with an audience numbering 80,000.  The next festival is scheduled in 2019.

Performance options in Tallinn are numerous. The House of the Brotherhood of the Blackheads features 4 different performance halls and the modern Nordea Concert Hall is a professional house with 1,829 seats. There are also several beautiful churches which would be wonderful venues for a visiting choir. 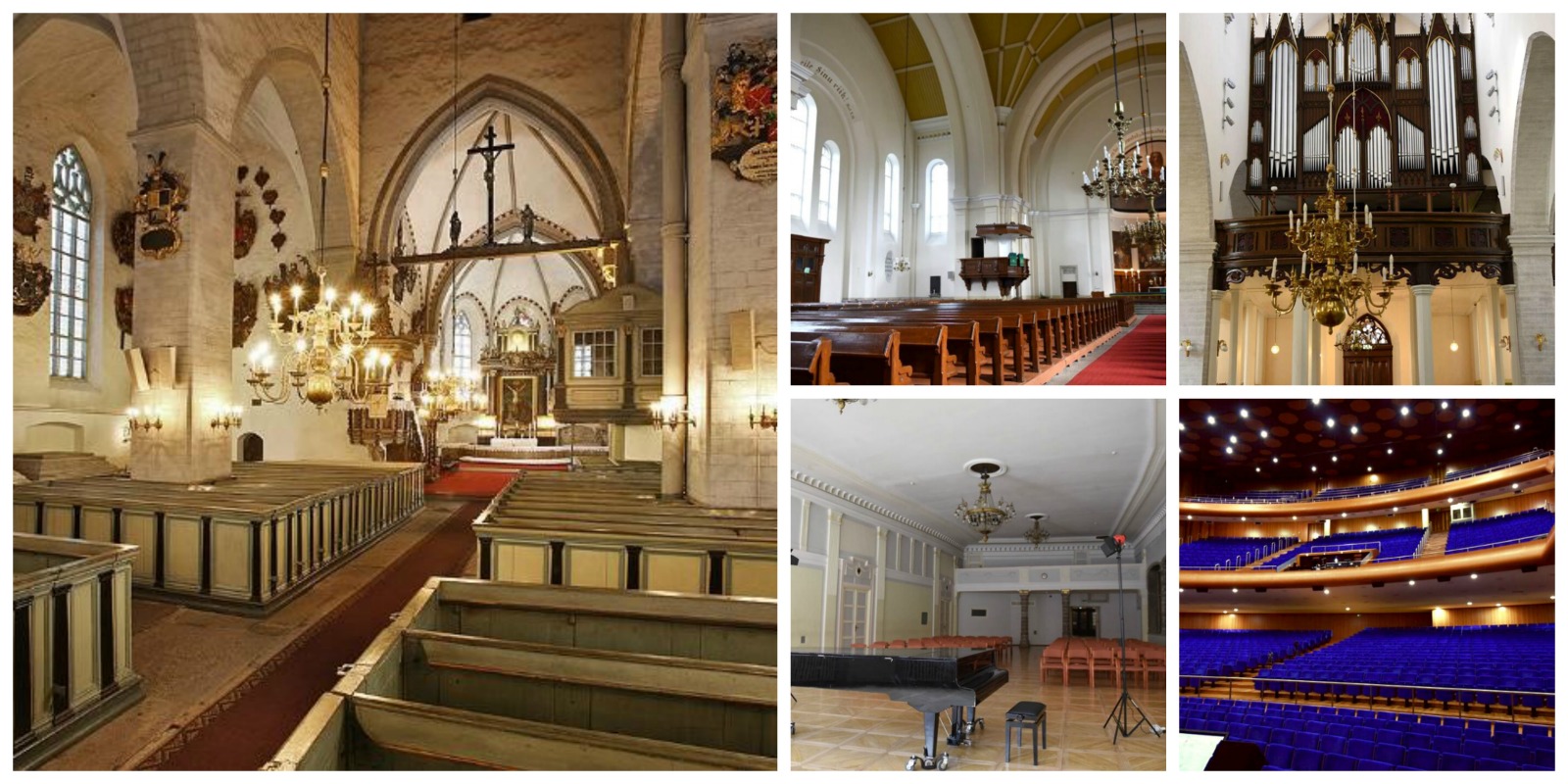 Less than 2 hours away, the seaside resort town of Haapsalu makes for a great day trip. Russian composer Pyotr Tchaikovsky stayed here in 1867 and a memorial bench was erected on the promenade where he enjoyed watching the sunrise.  There are numerous venues in town including an outdoor bandstand, a resort hall as well as performance areas in and around the Episcopal Castle and Dome Church. 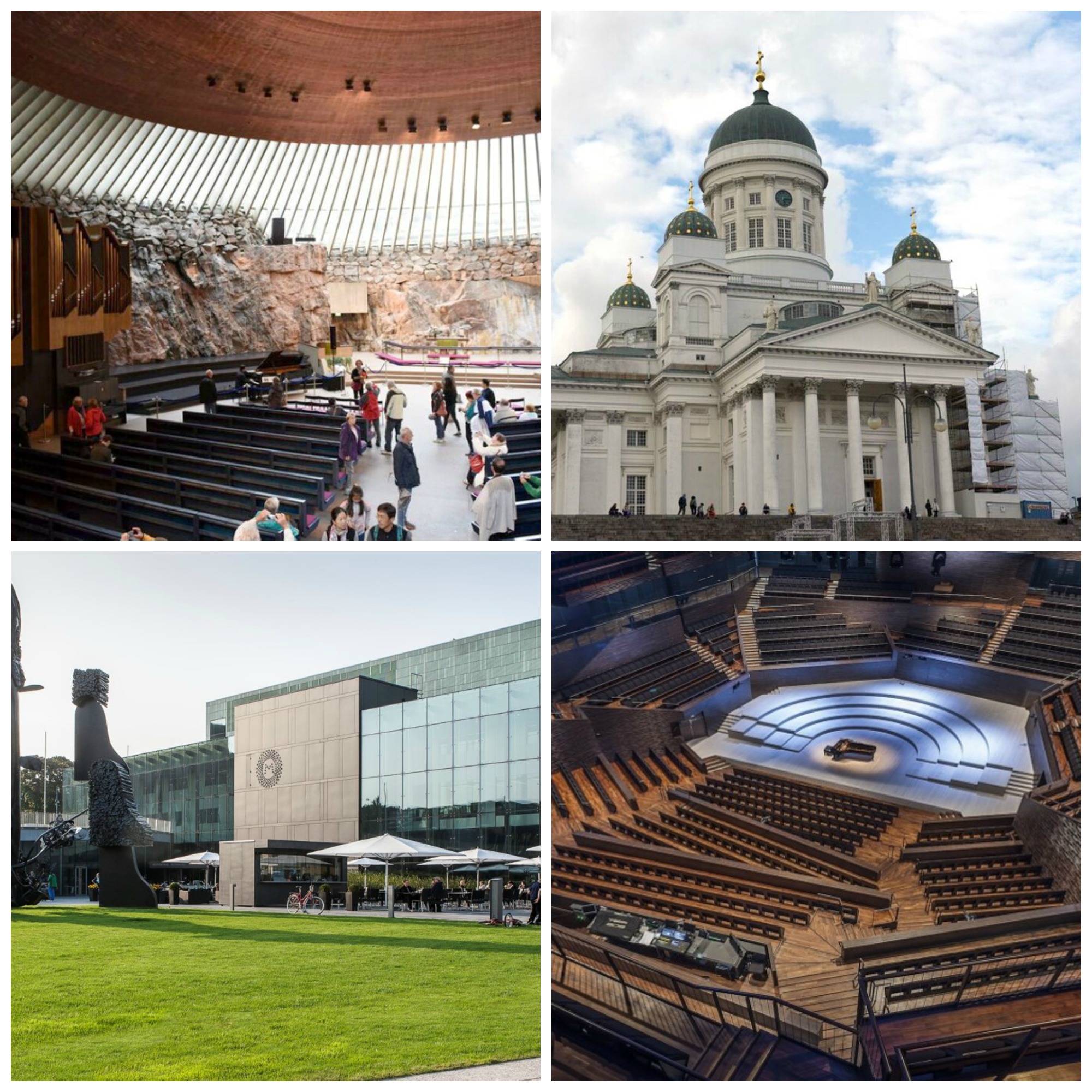 If you wish to extend your tour beyond the Baltics, modern and metropolitan Helsinki is just a 3.5-hour ferry ride from Tallinn. Temppeliaukio, also known as the Rock Church, is one of the most popular tourist attractions in the city and a frequent concert venue for choirs and orchestras. Built directly into solid rock, it’s well-known for outstanding acoustics.

Other possible venues include Helsinki Cathedral, St. John’s Church and the multiple halls of the Musikkitalo (Helsinki Music Center).

Small but fascinating, the treasures of the Baltics are numerous and well deserving of attention.  Your audience is waiting.