Setting Up a Middle School Choir Classroom From Scratch 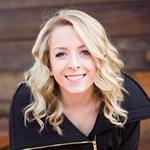 We are pleased to introduce our new guest blogger, Melody Potratz, as part of our First Year Teacher Series. Ms. Potratz is in her first year of teaching middle school choir at River City Middle School in Post Falls, Idaho.

I just finished my first quarter teaching middle school choir and music appreciation. Maybe I should start by saying that when I graduated from college, I had zero desire to teach at the middle school level. Most of the time, I told other people that it was because I wanted to be able to teach more advanced pieces (which is true) and I occasionally told people that it was because I didn’t want to deal with the instability that often accompanies preteen hormonal changes. If I’m being honest with myself, I think the real reason I didn’t want to teach middle school is that I was afraid my shy, introverted personality wouldn’t be able to handle any part of it.

I graduated last December and began my job hunt in the spring. I knew that as a recent graduate without formal teaching experience, I couldn’t afford to be picky about where I wanted to teach. So, I applied for anything and everything choral in the state of Idaho. After a few interviews, all of which went very well but most of which didn’t pan out, I landed myself with my current position, teaching…… you guessed it: middle school choir. At this point, I admit that I was terrified. I had a horrific experience as a substitute for a middle school choir classroom that put real fear in my heart. Like, catty name calling, a girl in tears, and I’m 99% sure that if the bell hadn’t rung, fists would have been thrown. Fear aside, I committed to the position and had to think about setting up my classroom.

My school is fairly new. This is the first year that the school has been able to have one teacher for choir and another for band as previously there wasn’t enough space for two teachers. Thanks to a marvelous bond levy, an expansion was approved and a second story was built onto the school, freeing up what was originally intended as a choir room but had been used as an art room! Thus, my position was created, but my classroom had to be equipped from scratch. It’s a good space but the walls were startlingly bare, creating an oppressive environment instead of one that promotes learning.  As a new teacher fresh out of college, I didn’t have the funds saved up to purchase fun motivational posters and decorations to cover the walls, so in order to add a little personal flair to the classroom without breaking the bank, I called upon my good friend and favorite new resource Pinterest for ideas. Using old sheet music copies, scissors, and tape, I threw together a few large paper flowers and taped them to the wall. Using small stretch canvases from Walmart, Mod Podge, and a few of my favorite music memes, I put together a couple of wall hangings. If you have never checked out Teachers Pay Teachers, do it! They have tons of resources created by teachers of all subject areas. Sometimes you can find awesome downloads for free, like the solfege syllables and hand signs PDF that I found. I printed those onto papers of various colors and arranged them in a ladder on my wall between the paper flowers. Finally, thanks to colored masking tape, I created a treble clef staff on my tile floor. My music appreciation students have loved using it to play “musical pitch twister.”

In this first quarter, I have discovered not only that I am capable of teaching middle school, but that I love doing it! I have learned a few tricks that have helped me with classroom management. They always say, “Never smile before Christmas.” In other words, start out being strict because you can always lighten up later on. While I find that to be somewhat true, I think that it encourages you to build walls between you and your students. Being strict and consistent with my rules and expectations for behavior does not mean that I also must ice them out. I believe showing my personality and not being afraid to be silly with my students has allowed them to see me as a real person rather than a talking (singing) robot.

The quarter certainly has not been void of frustrations. The honeymoon period is over and the holiday season is here. You know what that means — the kids get squirrelly and behavior issues increase. It’s like one long full moon from November to January. My first concert is coming up in about three weeks, and I must say it makes me anxious.  Regardless, I am able to say for the first time in my life that I absolutely love my job. I love my students, I love music and I love sharing that with them every day!

The post Setting Up a Middle School Choir Classroom From Scratch appeared first on Backstage at Encore Tours.