I recently had the wonderful opportunity to travel to Bavaria on a musical tour visiting Munich, Nuremberg, and Bayreuth. While I got to enjoy many of Bavaria’s musical sites, I also learned a great deal about Richard Wagner along the way. Wagner was never my favorite composer (I’m a Mozart fan, I must admit), but after having spent a week learning more about his musical influence I grew to appreciate his works more and more. I’d like to take you to some fascinating places in Bavaria highlighting interesting musical sites along the way for your next musical tour!

Wagner and the Opera Houses in Bayreuth

Our first stop is Bayreuth (pronounced bye-royt), home to two—yes, two—opera houses, even though the town itself is relatively small with just over 70,000 residents. The opera houses are as different as different can be! 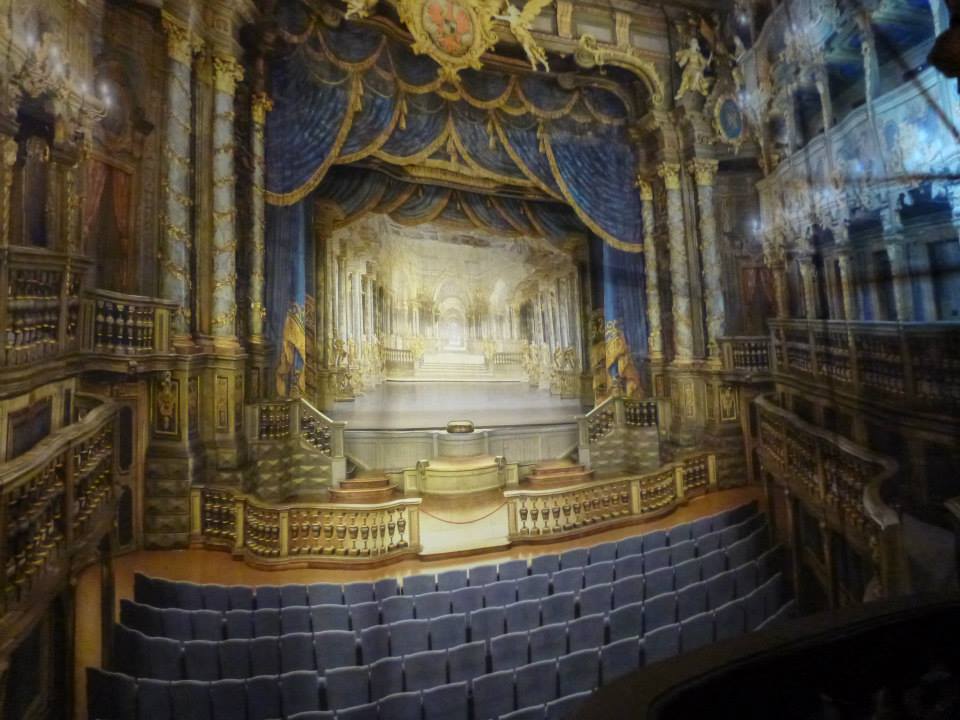 , a lavish, Baroque opera house with a deep stage for large casts and featured on the UNESCO World Heritage List. It was a bit unfortunate as I was unable to visit inside due to restorations, but they had a lovely exhibit with a model and history of the opera house as well as a backdrop which made you feel as if you were in the opera house itself. The house is said to open up again to visitors in the next two years.

—home to the Wagner Festival—is Wagner’s own creation…well, kind of. He actually “adapted” the design for an unfinished opera house in Munich and monitored the construction throughout the building phase. And here’s where things get interesting:

Wagner believed that each audience member’s focus should be on the show, not on any of the surrounding atmosphere. Every aspect of the house’s design was truly influenced by this one belief. For example, he felt that an lavish ornamentation of the opera house drew the attention from the opera and to the building itself, which is why the interior of the Festspielhaus remains very plain with little to no ornamentation. No ornamentation, no distraction! He of course didn’t want anyone falling asleep, so he made stiff, uncomfortable, square chairs for the audience to sit in making it impossible to even think about closing your eyes for a snooze.

He also didn’t “buy into” the theatre being a social event. So he made all seats be on one level of the house – the floor – completely eliminating any boxes or balcony seats and thereby ridding of any social hierarchy. It also gives every seat an equal view! 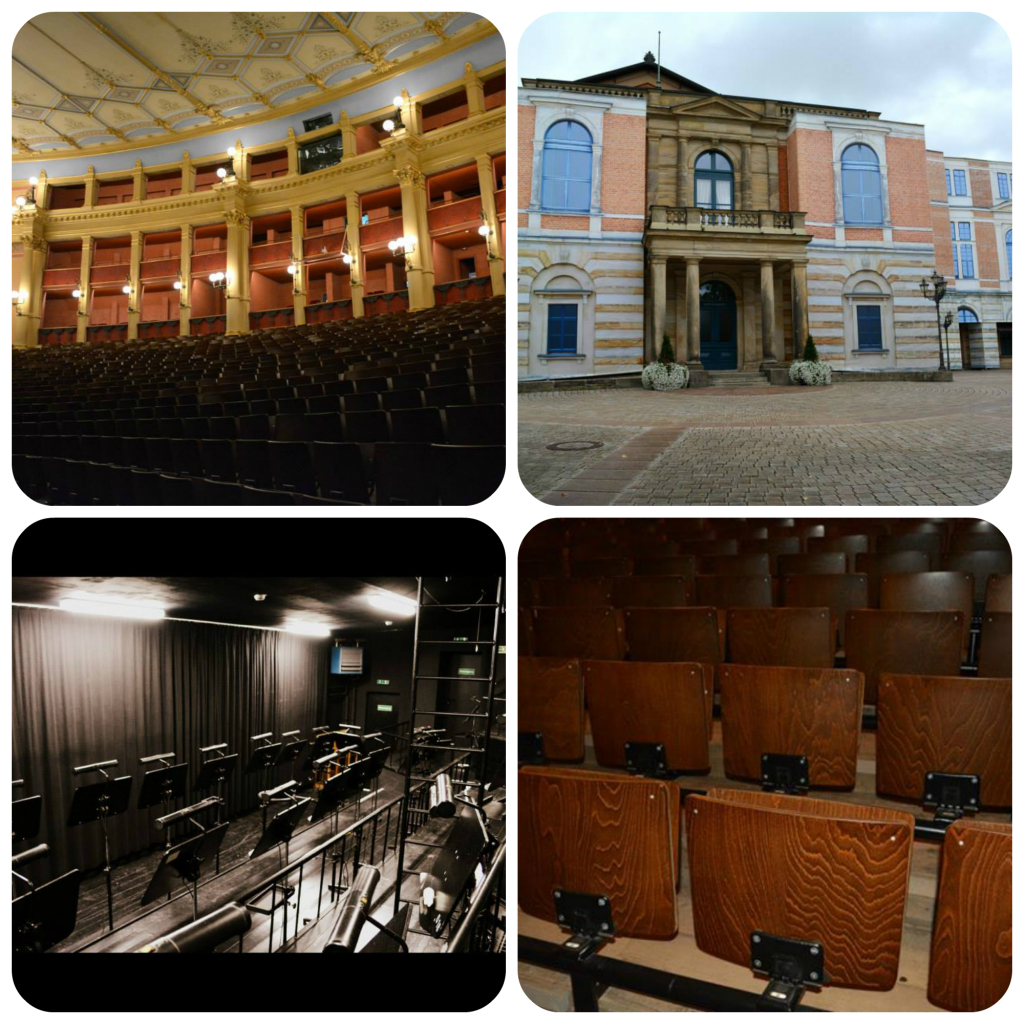 Finally, the stage features a double proscenium and a completely recessed orchestra pit so that the audience is entirely engulfed in what is happening on stage. No one could possibly be distracted by a conductor or the bowing of the violins; all eyes are on stage and 100% involved in the plot and characters, which as we all know was very important in Wagner’s works.

While the design aspects of the house did cater towards Wagner’s belief on the importance of the story, the design of the hall also lends itself to wonderful acoustics, so it’s really a win-win situation for all, except for the people who actually have to sit in the terribly uncomfortable seats.

Still, every year hundreds of people sit in these seats through hours of Wagner’s lengthy operas during the annual Wagner Festival, so it must not be that bad!

Other Sites for Your Bayreuth Musical Tour

Apart from the opera houses, there are many musical sites to visit during your musical tour. There is the Wagner Museum (which was actually Wagner’s house – Wahnfried House) to explore. While it is currently under renovations, they plan to reopen in 2016 with an exciting new extension which will feature the National Archives of Wagner’s works. Still, you may currently visit the graves of Wagner and his wife Cosima in the backyard and continue through the beautiful Hofgarten to the city center.

There is also the Franz-Liszt Museum to visit and city walking tours with a local guide that highlight either Wagner, Liszt or both! And finally, there is a major piano manufacturer in the city – Steingraeber & Söhne – which have made high-quality upright and grand pianos since 1852. A tour through the factory to see how pianos are made is definitely worth a visit on your musical tour. Plus, here, you can even play on the piano that Liszt used to play on (under supervision, of course)!

For Wagner and Liszt lovers, Bayreuth is a fantastic option for your next musical tour. Pair it with Munich and Nuremberg and toss in some performances for the perfect itinerary!