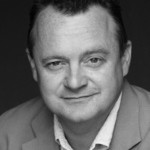 ‘And the Negatorative? There are no Negatoratives’ – members of a Rhode Island college choir
What gibberish is this? Has this person gone mad? I can almost hear the questions running through your minds even as I write.

Let me explain; this is not a case of us Brits using different words; nor is it the case of our getting things wrong. This is a neologism that was coined by the incumbent and forthcoming Presidents of a Rhode Island college choir during a very jolly evening spent on a cruise boat on the River Vlatva (Moldau in German…cue appropriate musical strains in the background), enjoying a wonderful dinner cruise, having a fabulous end of tour revue and watching the Champions League Final out of the corner of our eyes on the screen at the far end of the cabin…

On the final day of a wonderful week, an event was planned to give awards for ‘the best’ and ‘the worst’ from everyone – as it was felt that everyone had had such a great time singing in and seeing Germany and the Czech Republic, a new word for ‘the worst’ was invented because it would be unfair to use such a pejorative term; hence the birth of the Negatorative…

A tired but keen bunch of college choir Rhode Islanders came off the plane some seven days earlier, most of whom were visiting not only Germany but Europe for the first time. Four concerts, four cities, two countries and two languages awaited them, daunted but excited at the same time.

They hit the ground running and were flabbergasted by the vibrant, modern city that is Berlin – being college students, they related enormously to the youthful, energetic city that has developed from the rubble of the Second World War, the austerity of the Cold War and the strains of reunification.

From the modernity of Berlin, we drove south through Potsdam to Leipzig for the first concert…singing Bach in the Thomaskirche, the church where he was Kapelmeister and for which he wrote most of the music….

‘If I never sing again, I will die happy,’ said one only slightly hyperbolic chorister afterwards, ‘to sing that, here – that was awesome’. Music to every musical director’s ears.

Bad Schmiedeberg was the site of the second concert. A small town in Germany with a highly appreciative and knowledgeable musical crowd. The beautiful Jugendstil concert hall was thronged with residents and – despite the language barrier – many wanted to remain behind to chat with the choristers, to learn more about them: ‘It’s amazing what you can say with your hands…’

As we drove south and the landscape changed, the southern areas of Germany became the rollings hills of Bohemia where awaited two concerts in the Baroque splendour of Prague.

Every year, there is a music festival through the churches of Prague when they ‘open up’ to all-comers; concerts are well-attended by local and tourist alike and Prague becomes once more the sort of  musical capital that persuaded Mozart to premiere some of his work there. St. Nicholas and St. Peter’s churches rang to the sounds of Boyce, Brahms and Bach…but the special responses were reserved for the African American Spirituals…And the most special of all, the smiles on the faces of the college choir students as they emerged from the vestry on the final evening, before walking to the boat and embarking, quite literally, on their final dinner cruise.

And as the choir reviewed their tour and came to the tour itself…’as for the tour: well, the only negatorative is…that there were no negatoratives’.

The post Defining Negatoratives – The Tale of a Rhode Island College Choir appeared first on Backstage at Encore Tours.