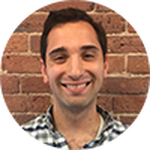 At Encore Tours, we believe music and travel go hand in hand. It would be unfortunate to praise the advantages of music travel while headquartered in a city that is musically uninspiring. Thankfully, that isn’t the case; Boston is a city with much musical significance and influence. From ruthless baseball chants to classic rock songs, the City on a Hill isn’t without a rich music history. 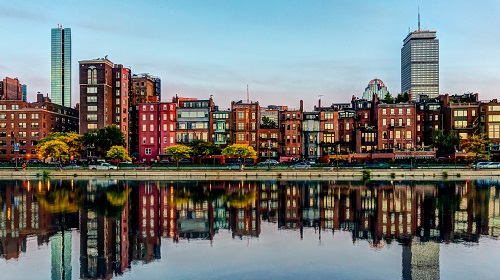 Our beloved Red Sox has its own bit of music history. In the franchise’s early days, fans would sing “Tessie” to players of opposing teams during games. Fun fact: this Broadway song’s premise was a woman singing to her parakeet. (Out of context, this is an admittedly strange premise for a song, but never mind that.) Early Sox fans would change the lyrics of this serenade to taunt opposing teams, and with much success. The Dropkick Murphys made an ode to these chants with their own song in 2004, appropriately titled, “Tessie.” Afterwards, in the same year, the Red Sox won the World Series for the first time in 86 years. Coincidence? Perhaps not. Perhaps Tessie once again led the Sox to victory. 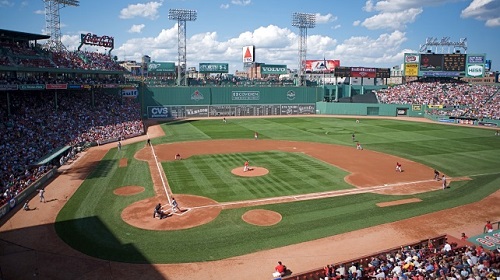 Let’s move onward to the Boston Symphony Orchestra (BSO)! It was founded in 1881 and typically plays at Symphony Hall, built in 1900. Erin Shyr, my friend and former classmate, examines the creation of an American musical identity in her thesis, “Orchestrating America: War, Morals, and the Boston Symphony Orchestra’s Search for Musical Identity, 1881-1918.” As she details, the founder of the BSO hired Dr. Karl Muck, a talented German conductor, for the BSO in 1906. Yet, Muck’s German repertoire and failure to put on “The Star-Spangled Banner” resulted in a domestic uproar later as the United States fought Germany and others in the First World War.

Ultimately, Shyr argues that American nationalism helped form a distinct American sound after the sour notes that were struck in the incident with Muck. Following the Muck affair and the First World War, Americans moved to welcome the French character of music rather than the German one, aiding in the maturation of American music. The BSO and Dr. Muck, in part, influenced American development in music. Not too shabby, Boston. 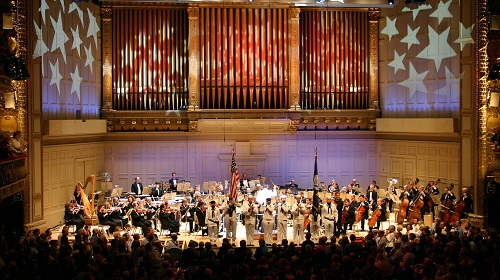 In the realm of big bands, there is Wally’s Café. This Boston joint has been dishing out jazzy delights since 1947. The owner and namesake of the club – Wally – was the first African-American nightclub proprietor in New England. It served as a hotspot for jazz musicians. After the peak of jazz, the club was a spot for nearby college musicians as a venue in which to perform. In the present day, it serves as one of the oldest jazz clubs in town. While other jazz clubs in the area have shut down over time, Wally’s – a piece of jazz history and Boston history – remains. 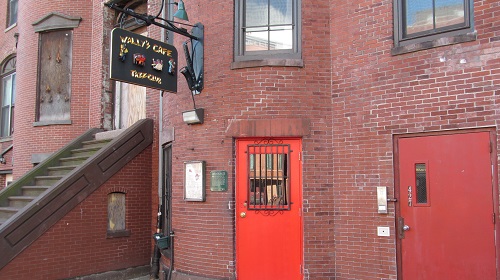 Boston also has its fair share of pop music facts. The band Boston, with its not-so-subtle name, must be mentioned. Our city also spawned Aerosmith, the Pixies, the Cars, the Dropkick Murphys, Free, Marky Mark and the Funky Bunch (Shout-out to Mark Walhberg!), and many others. Even today, great popular music is living and breathing in our town; for example, every autumn you can catch a free concert at MixFest at the Hatch Memorial Shell. In 2013, I saw Gavin DeGraw, Backstreet Boys, and Of Monsters and Men at Mixfest. Yes, that was all in one night; and, yes, it was completely free!

In the city of our headquarters, music has had, and continues to have, a big presence. We have embraced music in our personal lives at Encore Tours. For instance, I sing and play the trombone and guitar. My fellow program manager, Glendon, also plays the trombone. Maggie, a program consultant, sings. Music is a passion of ours at Encore Tours, and there’s nothing better than sharing your passion with someone. Actually, maybe sharing your passion with an entire city is better…yeah, it definitely is. Thanks, Boston.