Wales: Musical Performance in the Land of Dragons 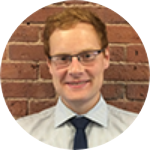 Wales is a country of over 3 million people (about 600,000 of which speak Welsh) and it is one of the more overlooked destinations for musical ensembles. However, Wales is a country steeped in musical tradition going back thousands of years. This blog post will introduce the musical heritage of one of the most beautiful countries in the United Kingdom. 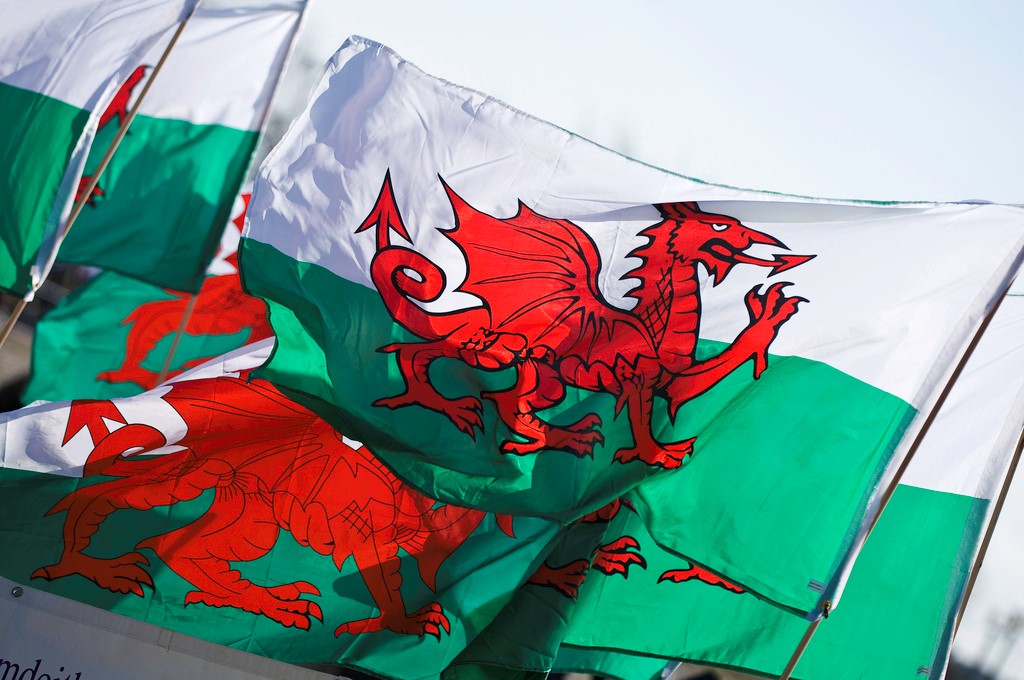 Thousands of years ago, a red dragon battled a white dragon underneath a mountain in North Wales causing horrendous earthquakes. As the story goes, the local ruler was tired of having to rebuild his castle, so he freed the dragons from underneath the mountain. Once in the open, the two beasts battled each other night and day until the Red Dragon—who represented Wales—defeated the White Dragon—representing the Anglo-Saxons. Ever since, the Red Dragon (Y Ddraig Goch) has symbolized Welsh independence.

Today that Welsh independence is expressed through the national music, literature, and an arts competition known as Eisteddfod. This competition began in the 12th century under the ruler Rhys ap Gruffydd in Cardigan Castle and it included professional poets and musicians. These days, the Eisteddfod allows talented people of all ages to compete in local, regional, and national competitions. Money is given to local and regional winners, but the national champions receive a specially carved wooden chair. 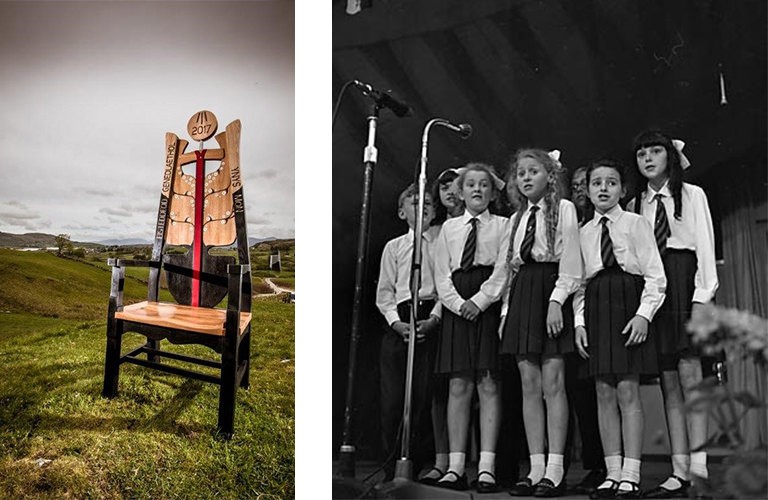 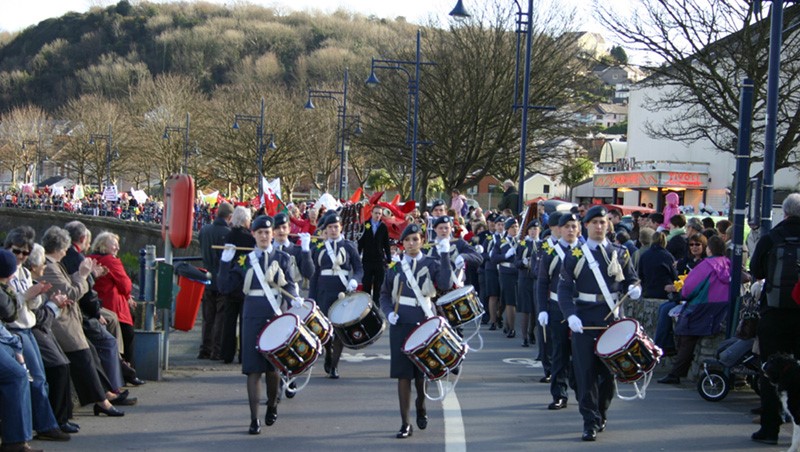 A band marches in a St. David's Day Parade

In the past, mining was the national industry of Wales and although most of the mines have disappeared, the brass bands associated with the miners and their towns still remain. Throughout Wales, brass bands perform weekly concerts in bandstands and music halls, especially during the summer months. And of course, all brass bands march in their town’s St. David’s Day Parade in March. St. David is the patron saint of Wales and every town and city has their own parade and festivities on David’s special day. 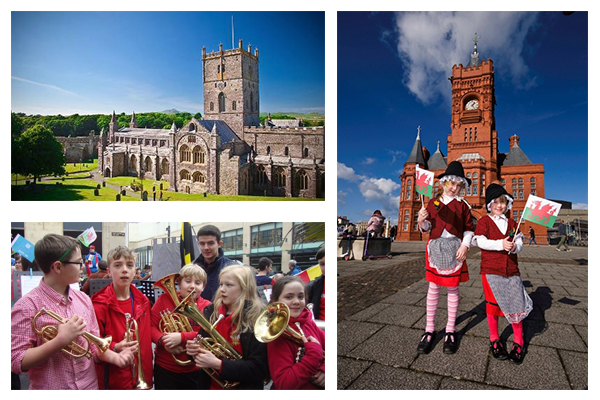 The Oldest National Youth Orchestra in the World 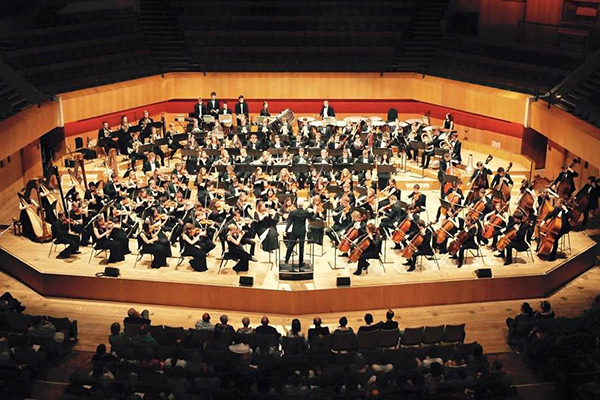 For 71 years the National Youth Orchestra Wales (NYOW) has drawn some of Wales’s most talented young musicians and molded them into a world-class organization that has performed concerts all over the world. Students attend a summer course where they rehearse with some of the best professional musicians across the globe. In recent years, they have performed joint concerts with professional orchestras. 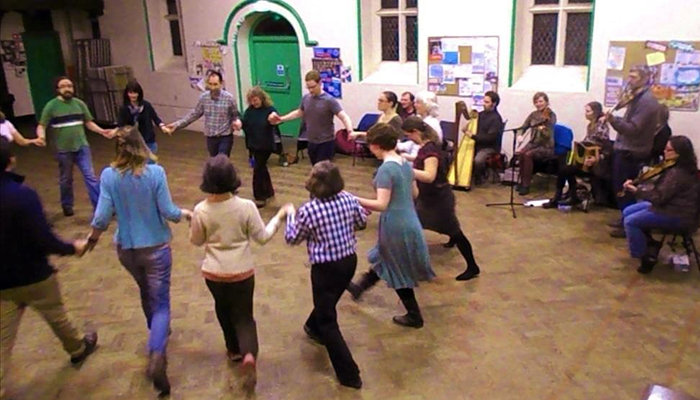 Twmpath literally means ‘hump’ which was what many Welsh referred to the village green where musicians played for people to dance. Today, the Twmpath has made something of a revival in Welsh-speaking areas of the country. It is basically the Welsh equivalent to an Irish ceilidh. They are loads of fun and no prior knowledge of Welsh dancing is required! Food is usually provided by the organizers. 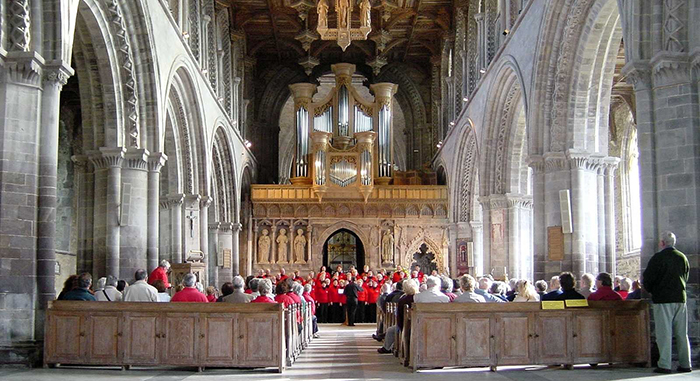 Medieval visitors to Wales wrote about the Welsh people’s extraordinary ability to sing in ‘two-part harmonies.’ Although historians differ on how this would have sounded, the tradition of singing is very much alive and well in Wales! In fact, no mention of Wales would be complete without mentioning its choirs. Much of this is due to Wales’ strong Nonconformist Christian tradition, which discouraged instrumental music and promoted religious choir singing. But today, that tradition includes secular choirs as well as religious ones. And of course, choirs compete against each other in the Eisteddfod. 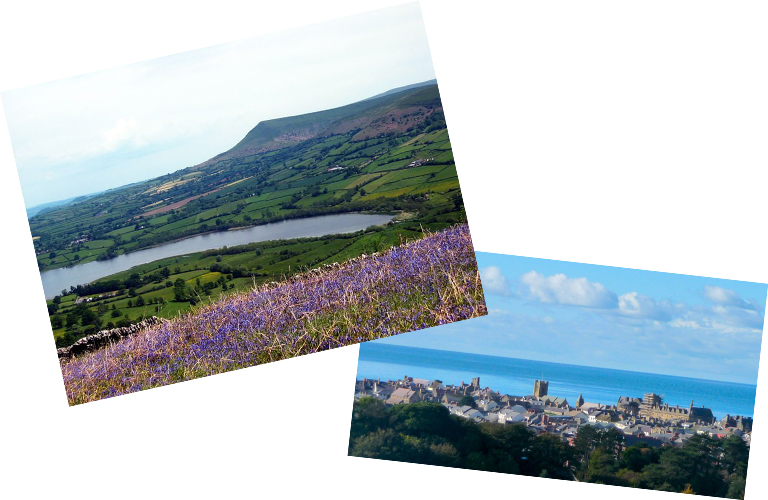 The best time to visit Wales for musical performance (or for any reason really) is in the spring! The weather starts to turn pleasant and the bluebells are in full bloom. Brass bands start to perform more frequently and there are many festivals associated with the end of winter and the start of spring.

In addition to taking in the history and amazing cultural offerings in Wales, you can also perform there on your ensemble’s own performance tours! There are many churches, castles, bandstands, and parades where your organization can perform. Get in touch to find out how you can take your ensemble to perform in the land of dragons! And be sure to ask about the possibility of performing with a local ensemble.