The Truth Behind Vienna’s Famous Sachertorte (and other Austrian dishes)! 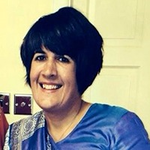 I have arrived in my favorite European city, Vienna, the classical music capital of the world; you could even say the cake and pastry capital of the world! I am here to meet my Encore group, International Voices Houston who begin their international music tour here. What better place to start a choir tour to Europe than this wonderful, elegant, musical city, once the center of the huge Hapsburg Empire.

On our first evening we had dinner at a local restaurant which featured Vienna’s specialty dish – Wiener Schnitzel. Also known as the “Emperor’s dish”, this meal has a fine history behind it starting first in 1848 when Franz Joseph became emperor of Austria at the age of 18. At the time, the empire stretched into parts of Italy and the Italians were rebelling against Hapsburg rule. Field Marshall Radetzky led the Austrian troops down to Italy to stop the uprising. While there, his girlfriend would cook a special dish for him, cutlet Milanese – a breaded piece of meat. When Radedzky’s work was over he went back to Vienna, leaving his girlfriend behind, but bringing the recipe for cutlet Milanese, his favorite dish. Radetzky marched back to Vienna’s Imperial Palace kitchens, giving the imperial chef the recipe for the dish. A couple of weeks later a new dish appeared on the menus in Vienna – Wiener Schnitzel!

There is a lot of history behind food and drink in this part of the world. In 1683, the Turks under the Ottoman Empire tried to occupy Vienna. Though they were defeated and chased away, they left behind, among other things, large sacks of coffee beans which allowed Austria’s capital the opportunity to set up Europe’s first coffee houses. Today, Vienna features fine coffee houses and enjoying coffee and cake in one of these old fashioned cafes in an experience that should not be missed!

Among the most famous coffee houses are Sacher and Demel. Sacher claims to be the first to make the world-famous Sachertorte (a chocolate cake) but Demel claims that they were the first to make the cake and that Sacher stole their recipe! While Demel were the ones who baked pastries and cakes for the emperor, Sacher had the name. So who did invent this Viennese special chocolate cake? The problem is that pastry chef Eduardo Sacher was actually working for Demel when he invented this cake. Believe it or not these two great institutions Sacher and Demel had to settle their cake dispute in court. I call it “the great chocolate cake wars”! My group liked this story and I have advised them to try both and let me know which is best – Sacher or Demel? It’s a tough choice to make but I know which one I prefer.

The post The Truth Behind Vienna’s Famous Sachertorte (and other Austrian dishes)! appeared first on Backstage at Encore Tours.