A panoramic view of downtown Montreal

Our friendly neighbor to the north offers a great opportunity to try an international tour while staying relatively close to home. The province of Quebec, the cradle of French civilization in North America, is an especially attractive destination and the focus of Encore’s trips to Canada.

Visits to vibrant Montreal, the second-largest French-speaking city in the world, and old-world Quebec City can easily be combined in a 5 or 6-day tour that gives your ensemble a mini-European experience with a much lower price tag. Additionally, passports aren’t required for students under age 19 on a school trip, which makes it a great option for ensembles close enough to travel by bus.

Considered the cultural capital of Canada, Montreal is a city full of artists and musicians with a renowned jazz scene. Historic Old Montreal features impressive 18th-century facades as well as the breathtaking Notre Dame Basilica. The interior of the cathedral is one of the most dramatic in the world. Pictures don’t do it justice, and the basilica’s reputation as a masterpiece of Gothic Revival architecture is well-earned. The church also has regular musical offerings and welcomes performances by visiting choirs and string ensembles. 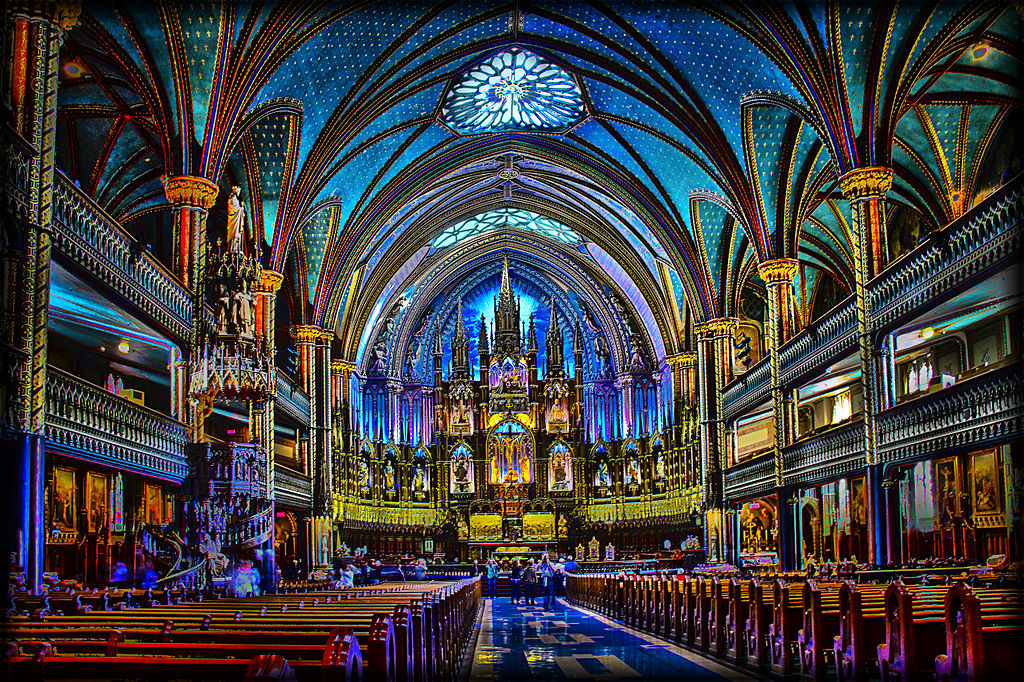 Another potential performance venue is Saint Joseph’s Oratory, located on the west summit of Mont-Royal from which the city takes its name. Built in the early 20th century, St. Joseph’s is Canada’s largest church and has the third-largest church dome in the world. Famous for its supposed healing powers, the oratory attracts more than two million visitors and pilgrims each year.

During most weekends in April, adjudicated festivals are available for ensembles of all kinds. One of the venues often used is Oscar Peterson Hall at Concordia University. This 570-seat hall has hosted many world-class musicians and is known for its outstanding acoustics.

Other highlights in Montreal include the Montreal Tower and Biodome at Olympic Park, site of the 1976 Summer Olympic Games. At 574 feet, the Montreal Tower is the world’s tallest inclined tower and offers impressive views of the city. The nearby Biodome allows visitors to walk through a replica of five ecosystems found in the Americas, all housed inside the former velodrome built to host Olympic cycling and judo events. It contains more than 250,000 animals from about 200 different species and 500 plant species.

A 3-hour drive east of Montreal brings you to Quebec City, one of the oldest cities in North America and the only one north of Mexico that still has intact fortified city walls. Old Quebec, the part of the city within the walls, has a very European vibe.  Wandering the narrow winding cobblestone streets lined with stone buildings, shops, and restaurants will truly make you feel like you’re in a French village. 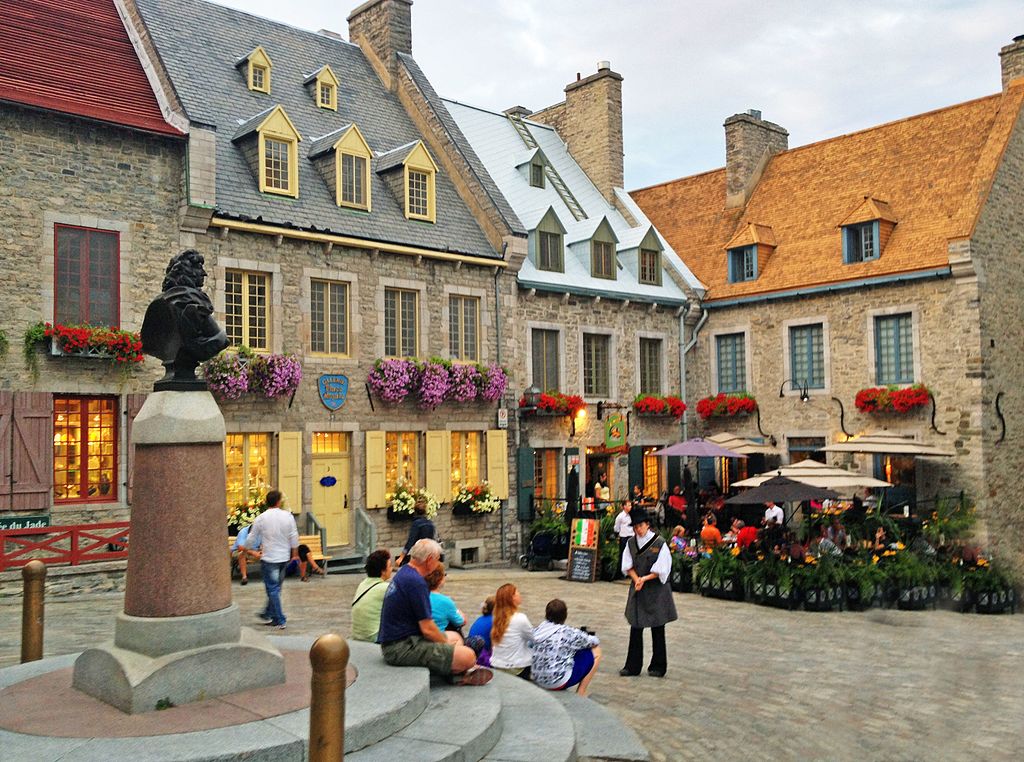 Within Old Quebec is the Chateau Frontenac, one of the landmarks of the city and the most photographed hotel in the world. Alongside the hotel, you’ll find Dufferin Terrace, a promenade high above the Saint Lawrence River which is often packed with tourists and street performers during the warmer months. The terrace leads toward the nearby Plains of Abraham, site of the battle in which the British took Quebec from France, and the Citadelle, an active military installation that forms part of the fortifications of the city and contains the oldest military building in Canada.

While Dufferin Terrace could be a great outdoor performance spot in the summer, Holy Trinity Cathedral offers another possible venue for choral and instrumental groups right in the heart of Old Quebec. Also, as in Montreal, adjudicated festivals are typically available for all ensemble types on most weekends in April.

At night, a great group activity is an evening ferry ride across the St. Lawrence River to see the city lights, followed by a ride in the funicular from the shore back up to the Chateau Frontenac.

Just outside the city along the Beaupre Coast, Montmorency Falls and the Basilica of Sainte-Anne-de-Beaupre are both worthy of a visit. 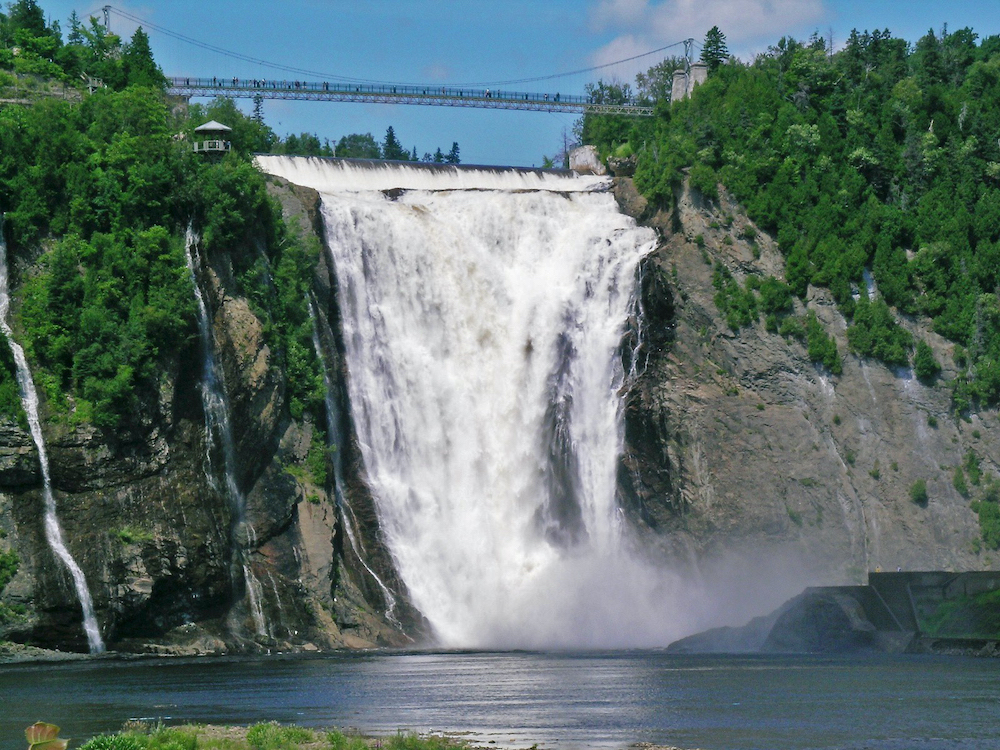 Montmorency Falls; a large waterfall on the Montmorency River in Quebec, Canada.

At Montmorency, almost 100 feet higher than Niagara Falls, groups can ride a cable car to the top of the falls and walk along the cliff to a suspended bridge offering spectacular views of the area.

Just a few minutes down the road is the beautiful Sainte-Anne-de-Beaupre, one of the five national shrines of Canada. It draws about 500,000 pilgrims each year for its alleged powers to heal the sick and disabled and can be used for performances by visiting choirs and string groups. 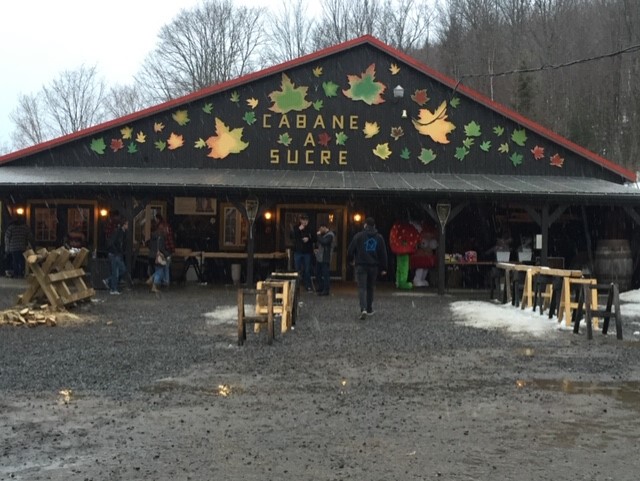 A sugar shack in Lac-Beauport, Quebec

No trip to the area would be complete without a dinner at a Cabane de Sucre or Sugar Shack for an unforgettable evening of food and fun. Groups begin with a short visit of the Maple Museum and Canadian Trappers Museum then enter the main shack for a true Quebecois feast. Food is served family-style and local performers entertain with traditional songs and music. To end the night, everyone gathers outdoors for some famous maple taffy pulled on snow. This fan-favorite always makes for a good time, and stays open year-round!

If you’re ready to experience some French culture and a European feel without the price tag (or jet lag) consider Montreal and Quebec for your ensemble’s next musical adventure!