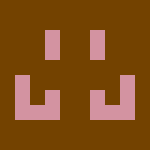 I had a wonderful experience last Saturday when I finally saw LINCOLN at the movies.  What a beautiful script and the acting was nothing short of stunning!  I am a history buff and I was absolutely engaged in every moment of the film.  It was truly like being in the meetings and senate debates with all of the emotion, discord and victorious vote.  One of the great contributions to the film is the absolutely gorgeous score that was created by composer, John Williams.

It always amazes me the power of music at every level of living.  How many times has music just enhanced a movie to a whole new and deeper?  Is there anyone hear who doesn’t get a lump in their throat when their hear Gabriel’s Oboe from THE MISSION about missionaries in Latin America? Or rekindle the pain of Schindler’s  List as the echoing melodies ring in our souls?

Perhaps it is a song that captures the essence of a piece of cinematic art or those creepy films that the rhythm and minor keys haunt you deep into the night!  Some of the great orchestras of the world perform film music regularly on their seasons and I have had many clients that have performed them on musical tours to Europe and around the globe.  You might want to consider some for your overseas travel and concertizing.

Just for fun I counted in my CD collection how many soundtrack Movie CD’s I own.  I was shocked to realize that I have 23!  I have often programed film music in performances and even themed concerts on HOLLYWOOD MAGIC.

Hollywood scores have given the world of music a treasure chest of gems!

And the Oscar goes to…….tune in on Sunday, February 24th.