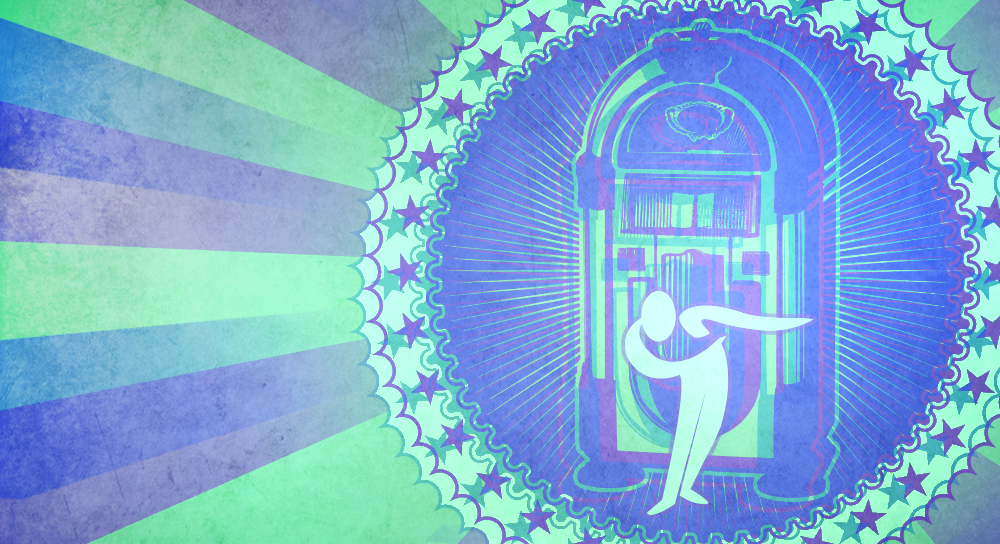 The first forms of automated coin-operated musical devices included music boxes and player pianos, which used paper rolls, metal disks, or metal cylinders to play a musical selection on the instrument (or instruments) enclosed in the device. In 1879, Louis T. Glass left his job as a telegraph operator for opportunities in the new technologies of the day, including the telephone. Glass invested in telephone companies in Oakland and San Diego, California, but he didn’t stop at the telephone! 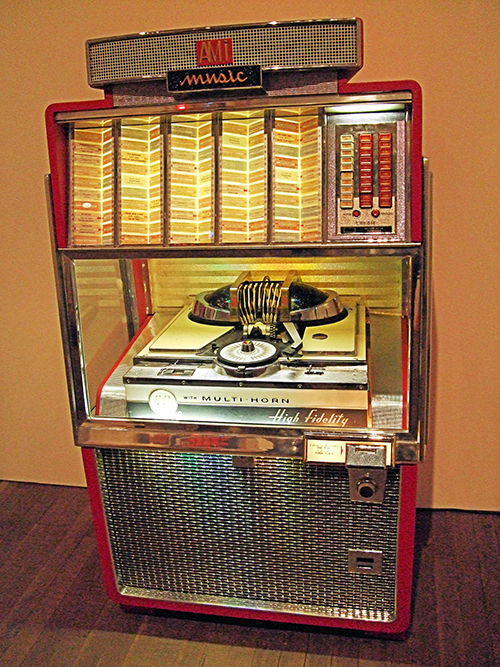 In 1889, about a decade after Thomas Edison had introduced the phonograph, Glass and a partner, William S. Arnold, presented a device that would play music from a wax cylinder phonograph, but only if someone inserted a nickel in a slot attached to the machine – and voilà, the first jukebox was born! The machine’s first name was very catchy: it was called the ‘nickel-in-the-slot phonograph.’

The term ‘jukebox’ started being used for these popular machines in the U.S. around the 1940s. It received this name because the bars, dance halls, and congregating places where jukeboxes were listened to were often referred to as “juke joints.” Far from an endearing term, “juke joints” were often what white people labeled establishments that were primarily operated and patronized by African Americans and were stereotyped as “rowdy” or “disorderly.”

Bearing in mind the derogatory nature of its name, jukeboxes became widely popular across racial divides in the 1940s to mid-1960s. Their popularity began to decline in the late 1960s with the invention of the portable cassette tape deck and the portable radio. The advent of digital music brought with it “digital jukeboxes,” created by those who love jukeboxes and want to ensure their legacy.

Today, jukeboxes can still be found in some classic bars and dance halls. National Jukebox Day celebrates these historic musical machines. As many Americans flock to their hometowns for the holidays, people can celebrate National Jukebox Day by playing great tunes on a local jukebox and enjoying music with family and friends.