Musical Celebrations Around the World – Diwali 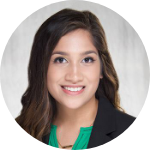 Diwali or Deepavali literally translates to “celebration of lights.” This festival is celebrated by people of Hindu origin. One of the underlying themes of Hinduism is the triumph of right over wrong or good over evil. This occasion celebrates the light seen within us all over the evil that can exist within ourselves, as well as in others. It is a reminder to consistently choose doing the right thing no matter the circumstance.

The origin of the festival has to do with the birth of a Hindu Goddess, Lakshmi. Lakshmi is the Goddess of wealth. However, this Goddess’ name can vary from region to region in India due to the sheer diversity within the religion. For example, in the Southern parts of India, some may celebrate Kali who is the Goddess of Victory. Many people often confuse Diwali with Christmas, though they are vastly different. Yes, it is one of the largest religious festivals in India, but it does not celebrate the birth of a Hindu God. Diwali can also hold a different meaning to those practicing Jainism and Sikhism, as these religions also add to the diverse population that resides in India.

Regardless of the religious origin of this wonderful festival, no Diwali is complete without song and dance. 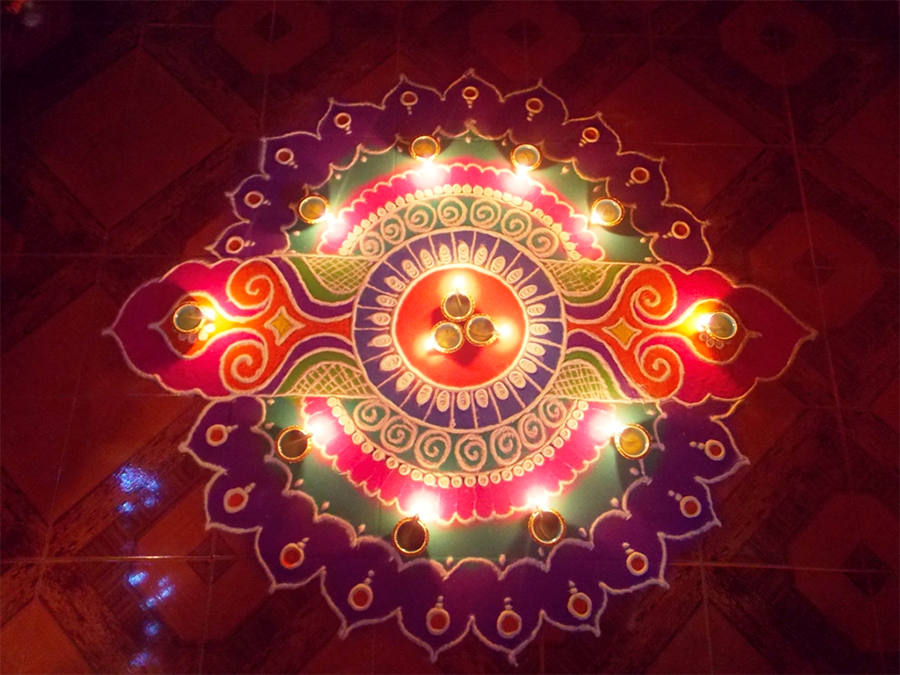 Rangoli, a powder in various colors, are laid in patterns in the entrances of homes as decor for Diwali. Diya, or a small lamp, is also lit and set out amongst the home. People often incorporate into their rangoli design as well.

To celebrate Diwali, families light diyas, lights or lamps, in their homes and pour powdered colors into orate patterns, called rangoli, at the entrance. People pray in temples with family and friends and there is frequently a dinner afterwards. It is a time to pray to Hindu Gods and Goddesses to ask them to remind those who celebrate Diwali to pick the right path whenever they are faced with difficult decisions. The shrines to the Gods are dressed in ornaments made of gold and given new clothes to wear. Often an aarti is sung, which praises the Hindu Gods and asks for strength to those singing and listening.

Aarti’s can vary in tempo. They are sung by both men and women. The aarti is also easy to repeat. In these settings, a lead singer will lead the aarti verse by verse with others listening and repeating each stanza back in song.

Diwali has been popularized by Bollywood films. Bollywood, the Indian Entertainment Industry, is the largest movie-producing organization in the world. All movies contain numerous musical elements including large song and dance numbers. When a popular movie adds a song to a Diwali scene, it is sure to be played repeatedly during festivities. 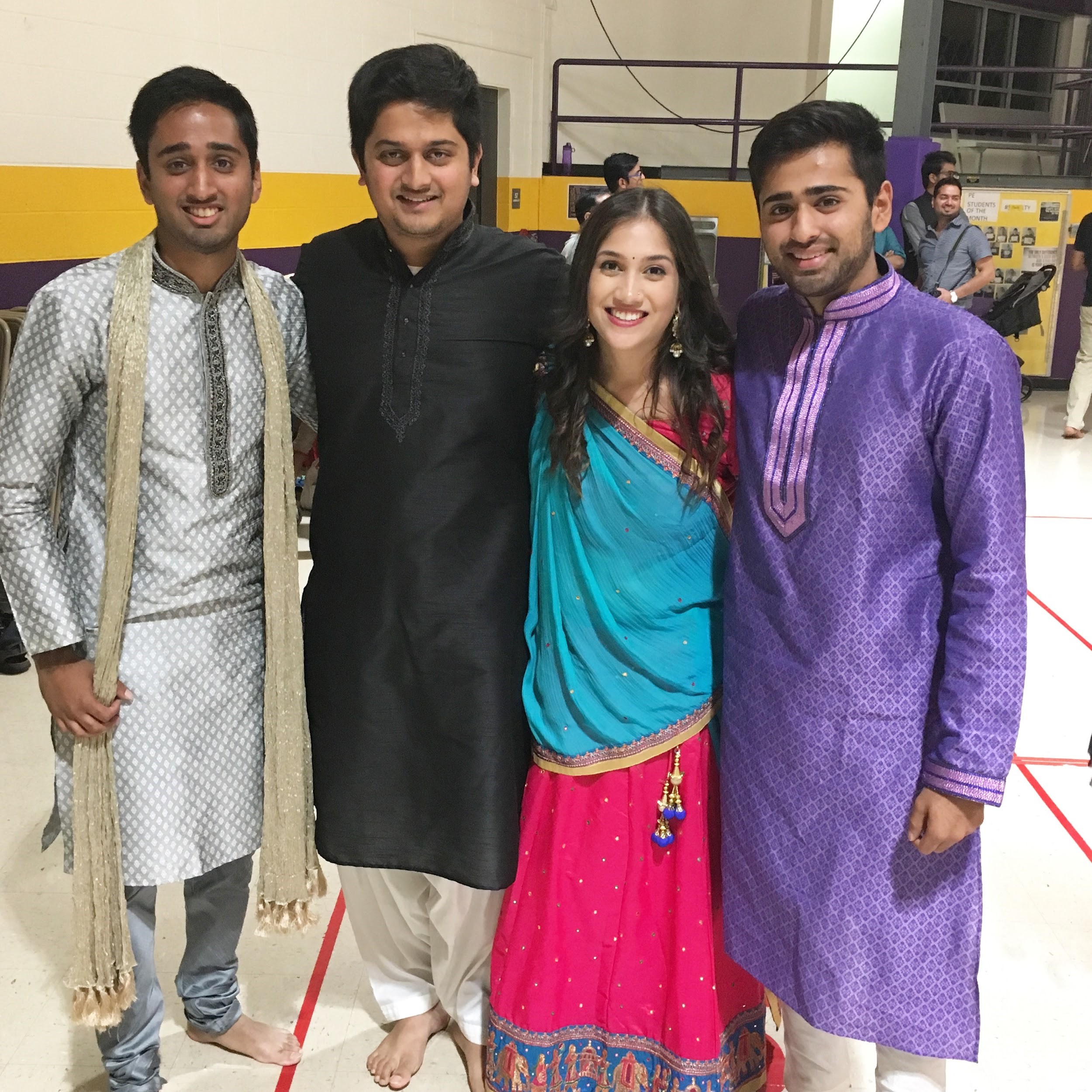 The author, Aditi, and friends at a Diwali and Garba celebration.

U.S. President Barack Obama became the first U.S. president to celebrate Diwali personally at the White House. In 2016, President Obama lit the first Diya in the Oval Office to join in the festivities. It set a precedence, not only for inclusiveness of Indian culture with the American population but also for education on what the holiday is about.

To celebrate Diwali or to recognize and teach your ensemble about the holiday, music directors can play recordings of aartis or watch a Bollywood movie with musical scenes dedicated to the celebration.

In a world where it is often easy to become overwhelmed by darkness, it is nice to see and remember the light. So, light a diya, remember your internal light, and share that with others. Embrace the things that make us different.