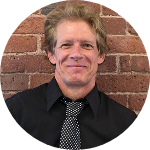 Congratulations on your new beginner strings members who were inducted on Valentine’s Day during your Arch of Bows Ceremony. With their enthusiasm at an all-time high, now is a great time to build a bridge from elementary strings to your middle school orchestra and beyond. It’s those seemingly-big divides that can be daunting to a young student, and many times we lose our best kids through fear of the future. A clear view of an exciting chapter that awaits them will quell their fears.

With your goal of building a sense of purpose for your strings group, and defining a musical path that never ends, start enlisting your parent support group to help with the next strings tradition. This time, your goal is to create a benchmark for your elementary students to strive for, one that will give them confidence, improve their musical skills, and give them a sense of belonging to a group.

During your Arch of Bows Ceremony in February, you already explained to parents that string students have the opportunity to travel internationally in High School. With your long-term goal of building your HS American Musical Ambassador group, explain to the parents of your elementary strings students that their child’s hard work has really opened exciting doors to the future. But, the best things in life have strings attached, and now it’s time to prepare for their performances on the international stage.

Begin plans for a very special audition during either 6th or 7th grade. I took my 6 and 7th graders to Lake George, NY, a four hour ride on motor coaches from Wilmington, MA to the Adirondacks. After checking the students and their parents in to the largest hotel in Lake George (one that had only inward opening doors and an indoor swimming pool), I walked the 6th and 7th graders to the harbor where the largest cruise ship was awaiting an audition that would change their lives.

I hired two independent judges to adjudicate my Middle School Orchestra’s progress on two memorized pieces performed by the entire ensemble (remember, the focus is on teamwork and self-improvement). By achieving a score of 85 or better from the judges, the ensemble would then be qualified to participate in the High School Orchestra’s international tour when they reached 9th or 10th grade.

The performance took place on the ballroom floor of the cruise ship. The parents were encouraged to attend, and the thrill of winning “the Gold” meant that my future High School String Orchestra was now going to be enriched by these Middle School members.

Preparing for the Audition

Start choosing two pieces of audition music for your new 4th grade members and their 5th grade teammates. Start with small doses and paint a clear picture of your goals: musicianship, teamwork, trust, pride. Every lesson will now have a goal: prepare the team for their next steps on the path during Middle School and High School. Remind them that their instruments are now keys that open the doors to the whole world. And you, their Director, can put the whole world in their hands.

The post Managing Your Elementary Strings Program in March appeared first on Backstage at Encore Tours.