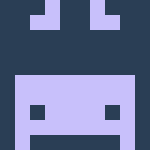 On Sunday, as I found a spot on the lawn, my ever-exploring musical ears were greeted by the sweet luring sounds of Gypsy Jazz being performed by Robert Flax and Sasha Kern of the New England Conservatory’s Contemporary Improvisation. The acoustic group featured only a guitar and violin (very common in this genre) but the rhythms were complex, intriguing and they pulled me in. I had to learn more.

Gypsy Jazz, which has strong origins in France, is said to have gotten its start from guitarist Jean “Django” Reinhardt who was the most important guitarist among gypsy guitarist working in Paris between the 1930s and 50’s. His technique combined chromatic dark Gypsy flavor with the articulation of swing, a combination that is still today critical to this jazz style. The groups usually consist of a lead guitarist, a violin, bass, and two rhythm guitars who aim to sound acoustic even when performing at amplified concerts. One can finds these groups performing in informal jazz sessions held in smaller venues or at gatherings like the Django Reinhardt festival.

I urge anyone who has a fondness for exploring new musical genres to give this one a listen. If you like jazz, you will love this style. The complex, luring sounds have definitely got me hooked!