The Wallenpaupack High School Choir, from Hawley PA, recently returned from an 8-day tour to Austria and the Czech Republic. Despite enduring a heat wave, the group had a fantastic time staying in three of Europe's most picturesque cities – Salzburg, Vienna and Prague – and walking in the footsteps of western musical giants such as Mozart, Haydn and Dvorak.

This was the first international trip for the choir and, for some of the students, the first time they’d been out of the country or even on a plane.

“They got a great cultural experience,” choir director Alexsis Neenan said of her students. “The kids said they thought it was the best experience of their lives.” 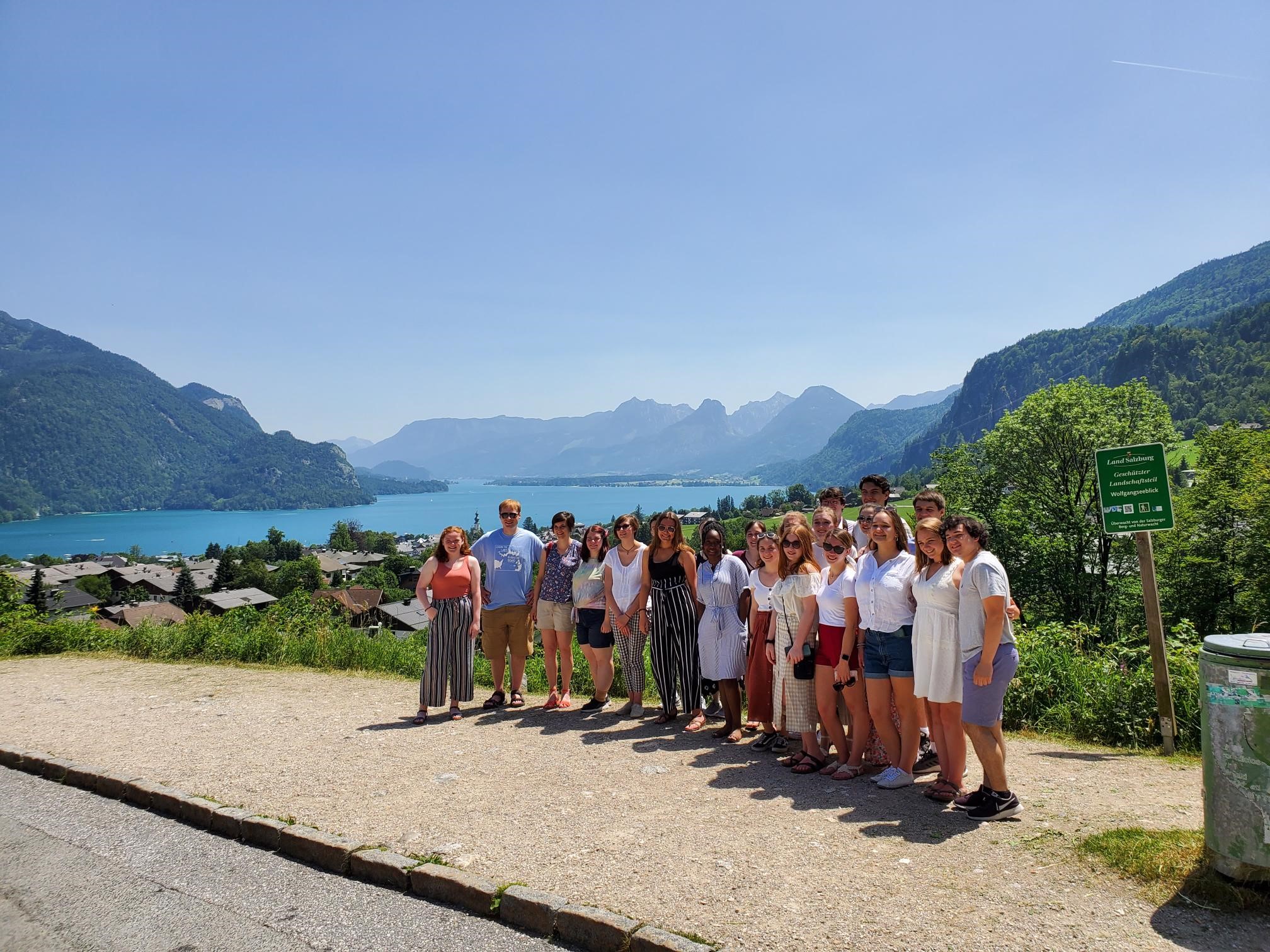 On the shores of Lake Hallstatt

After flying into Munich, the group transferred to Salzburg where they visited Salzburg Cathedral and the Mirabell Gardens and got a guided tour of Mozart’s birthplace.

The next day the choir had its first performance at the Christuskirche in the nearby picturesque village of Hallstatt. 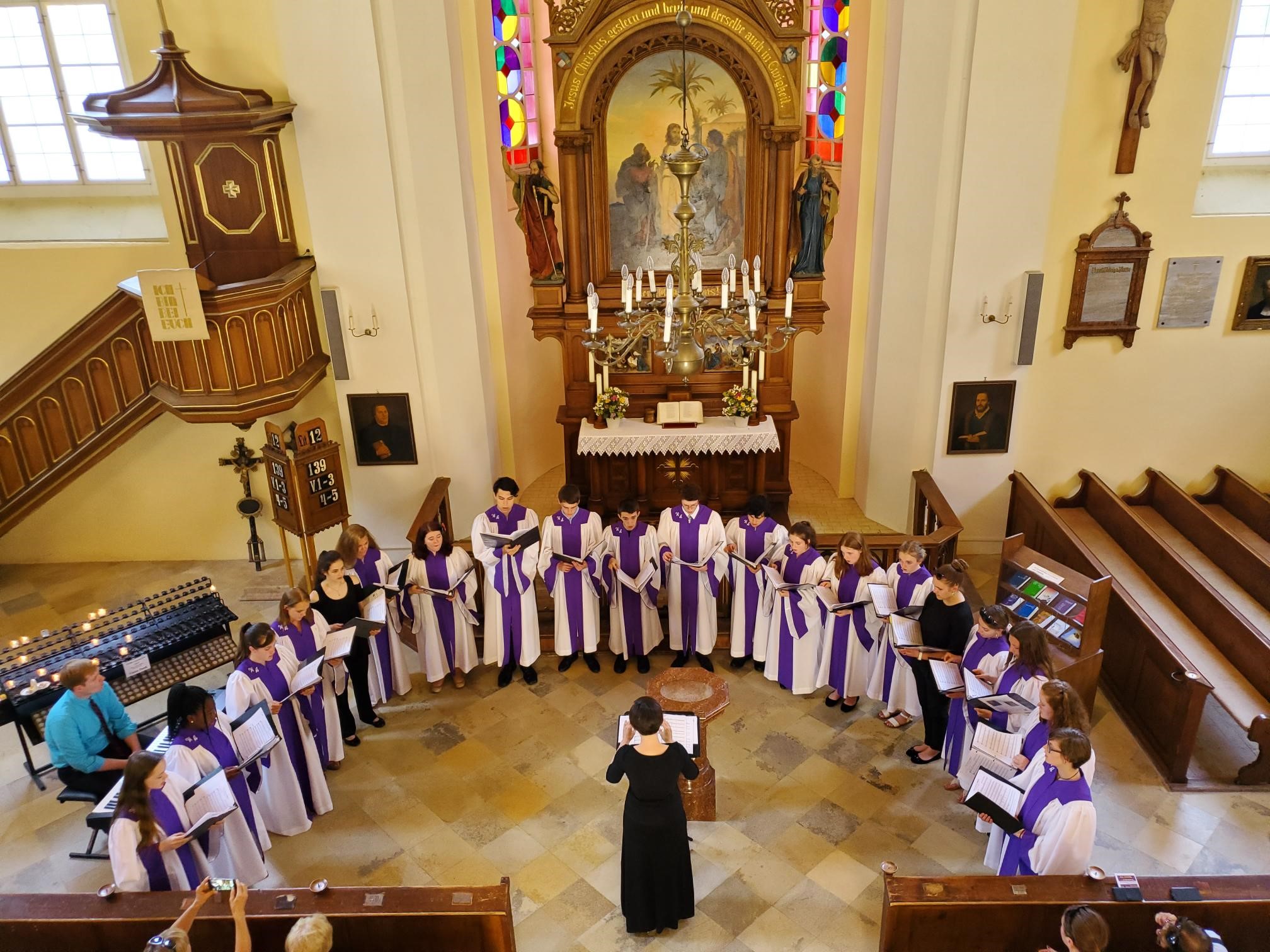 “I really enjoyed being able to go to the churches to sing,” said choir member Michele McDevitt. “It was a very fun thing to do even though it was very hot.”

From Salzburg the group headed east to Vienna where they performed in a local church and made a side-trip to Eisenstadt, the city of Haydn.

The last leg of the tour was in Prague where the choir saw the highlights of the beautiful Czech capital and had a final performance at historic St. Nicholas Church, the most famous Baroque church in the city. 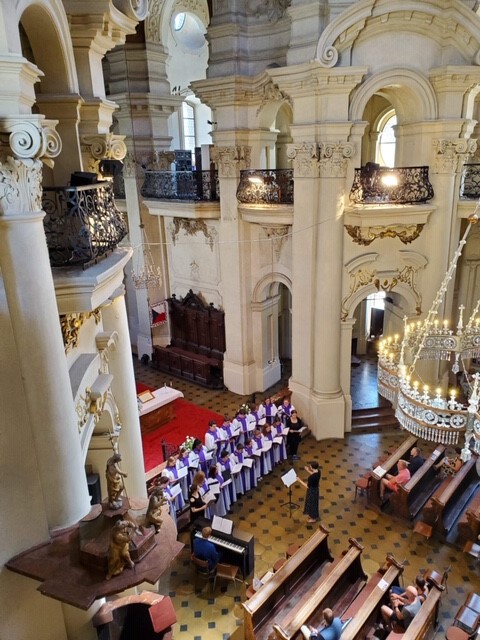 “Just singing there is awesome in general,” Neenan said. “It was such a beautiful and iconic place.”

Choir member Allyson Arenson said the highlight of the trip for her was “seeing and learning about the beautiful countries and getting the experience to sing in churches throughout Europe.,” 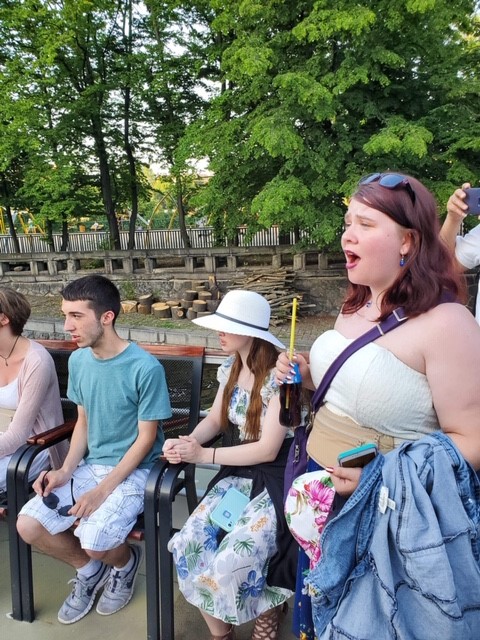 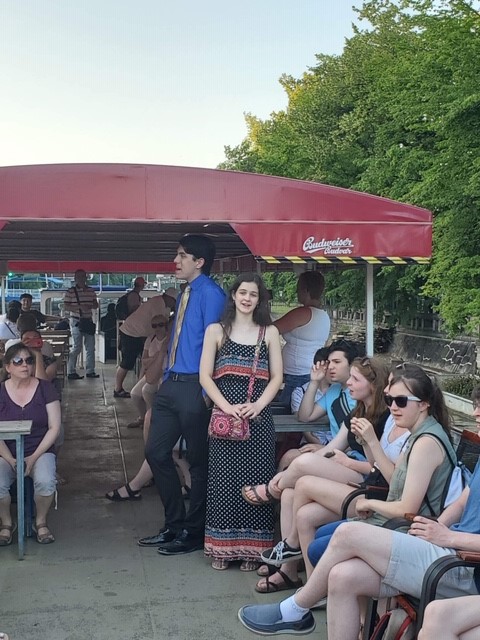 While this was the first international trip for the choir, Neenan hopes it won’t be the last and has plans to tour again in two or three years.“The trip was awesome,” Neenan said. “I thought it went really, really well.”