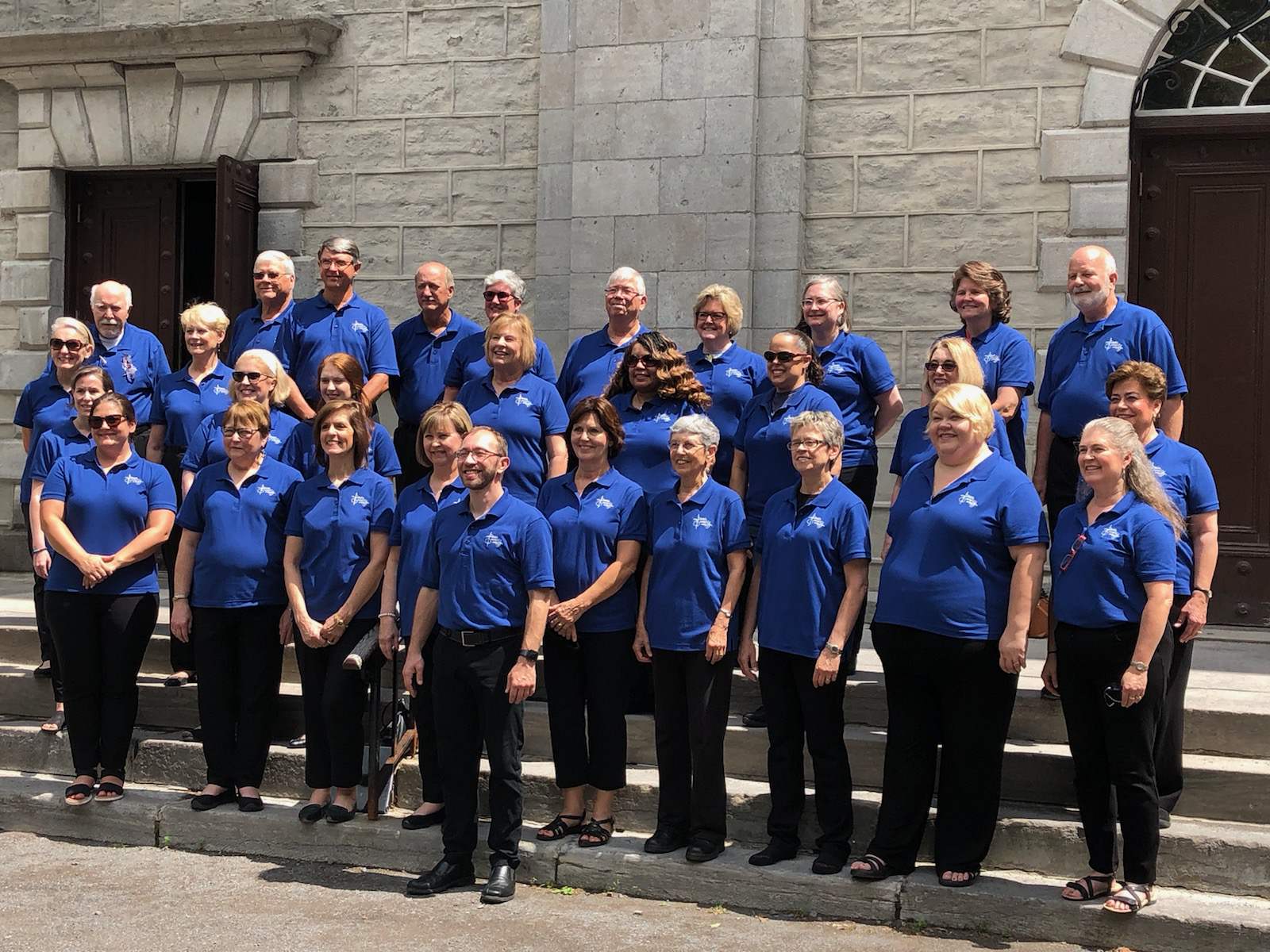 After arriving in Toronto, the group learned their connecting flight to Montreal was delayed and eventually cancelled due to weather. There were no more flights until the following morning and the airline was not being very helpful to say the least.

Not wanting to risk another flight problem and potentially miss their first performance the next afternoon at Montreal’s Notre Dame Basilica, the group contacted Encore for help.

On short notice, Encore arranged an overnight bus for the group and they finally arrived early the next morning, relieved and a bit bleary-eyed, in Montreal. After a nap at the hotel and some slight shuffling of the itinerary, the group continued on, made their performance at Notre Dame, and ended up having a fantastic trip.

“When our trip was grounded due to storms at the airport, Encore worked hard to come up with an alternate plan to get us there by bus,” said choir member Susan Baker. “We appreciated their efforts.” 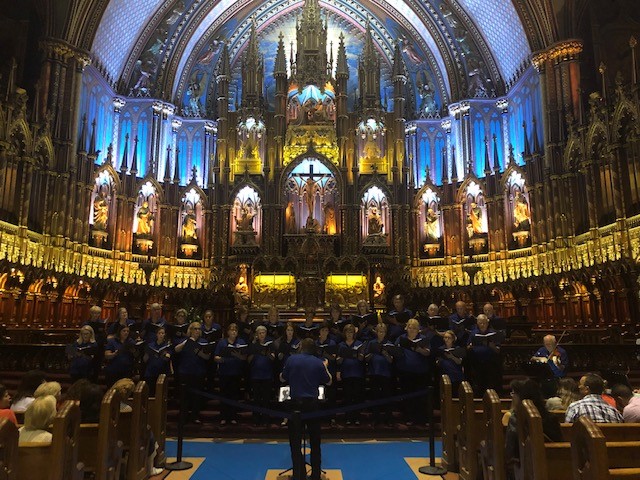 After the abbreviated stay in Montreal and a much-needed good night's sleep, the group headed to Quebec City. From their hotel just outside the city walls, tour manager Danny George led the group on a walking tour of Old Quebec followed by an evening ferry ride across the St. Lawrence River and a ride in the funicular from the river up to the Chateau Frontenac.

“We had a great hotel location for walking to area sites and short drives into the Old City,” said choir accompanist Karen Hampton. “Danny was a great guide and Guy is the best bus driver ever.” 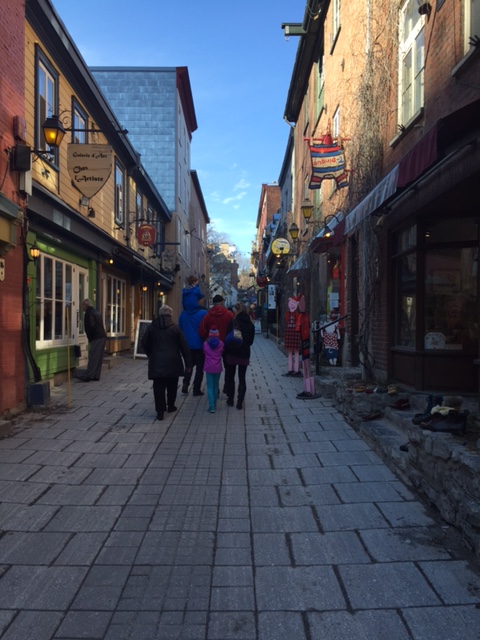 The following day, the choir sang at a church service at the Cathedral of the Holy Trinity in the heart of Old Quebec which was one of the highlights of the tour.

“The clergy and staff were amazing,” said Choir Director Ben Chumley. “We truly felt at home and were welcomed with open arms. The congregation was friendly and went out of their way to make us feel appreciated. It was an honor to participate in worship here.” 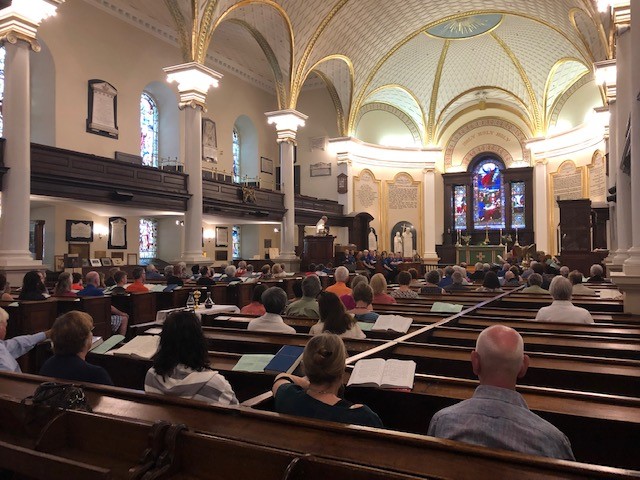 That evening, the group enjoyed a festive Quebecois dinner at a local Cabane e Sucre, or Sugar Shack, complete with live entertainment.

“What a fun place!,” Chumley said. “We’re so glad we got to experience this! We had a grand time. The musician and staff were excellent. We’ll remember the ambiance and the experience for a long time!”

The final full day of the trip featured a tour of the Beaupre Coast outside Quebec City including a performance at the magnificent St. Anne de Beaupre Cathedral.

“The sound in the cathedral rivals any we’ve visited in Europe,” Chumley said. ”Spectacular!.” 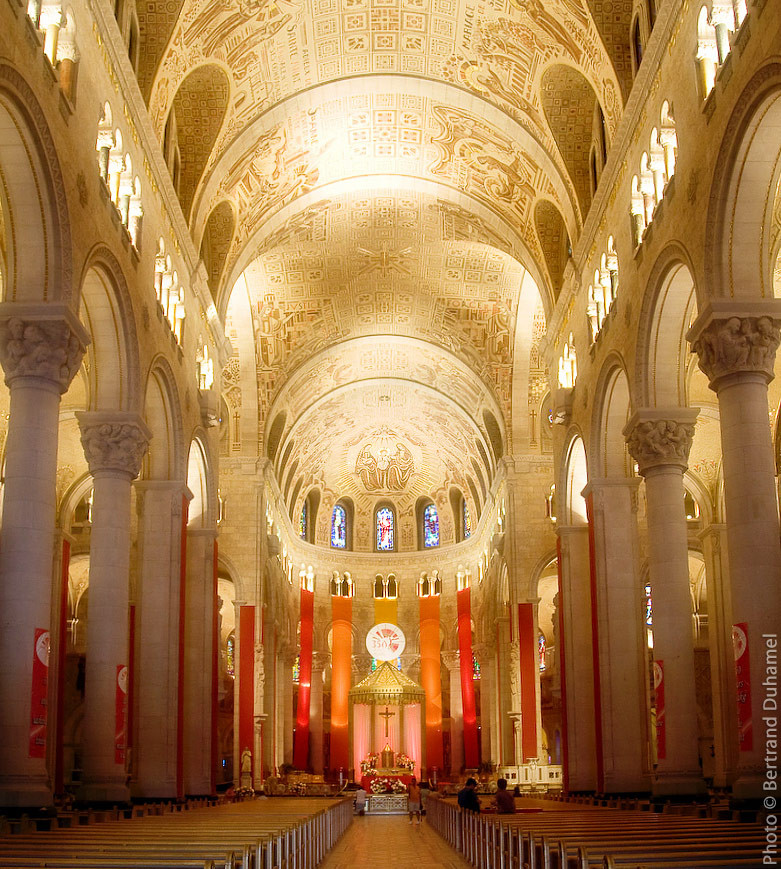 Overall, despite the rough start, Chumley said the tour ended up being a huge success.

“A great balance of performances, touristy activities, and free time,” he said. ”We especially appreciated the opportunity to adjust the itinerary as we went, spending more time at venues our group loved and adding free time as we went along. For many in our group, the performance tour was also vacation, so being able to blend and balance those is something we’ve come to value with Encore trips – which we haven’t had with other companies.”

As soon as they returned, Chumley said his choir members were already talking about their next adventure and have plans to travel to Europe in 2021.

“This is our second tour with Encore and we look forward to working on a future trip with you,” he said.