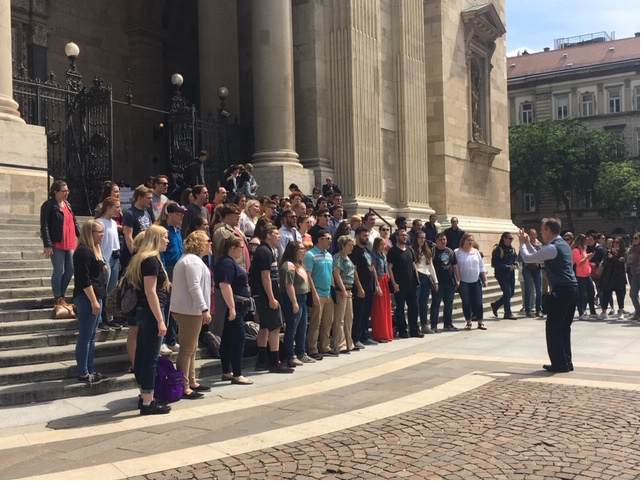 Informal performance on the steps of St. Stephen's Cathedral, Budapest

The tour started in Budapest, Hungary where the group had their debut performance before more than 100 people at St. Anna’s Church. The following day, the choir gave an informal concert on the steps of St. Stephen’s Basilica and enjoyed a folklore dinner that evening complete with live gypsy music and dancing. 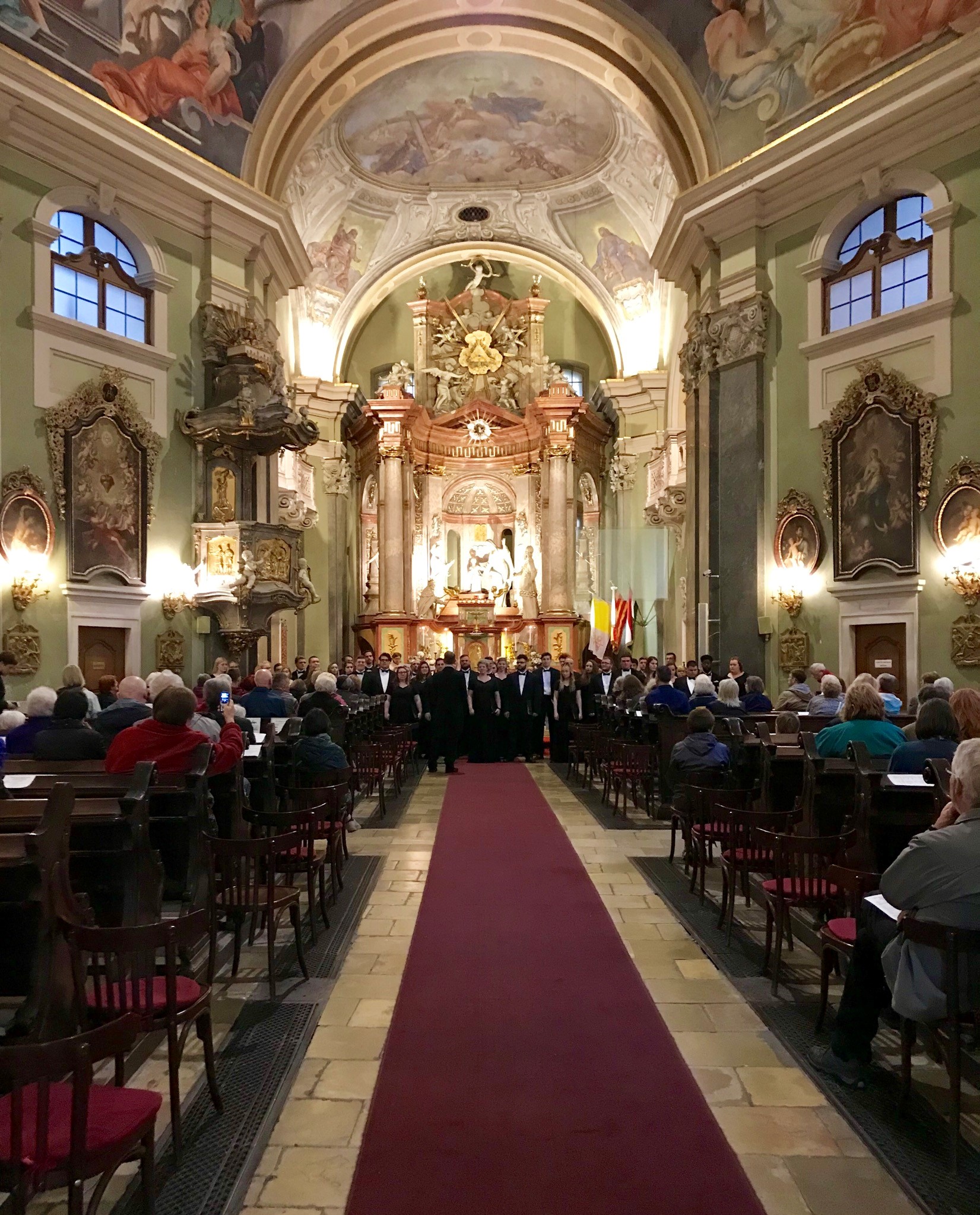 Transferring to the Czech Republic, the group spent two nights in Brno, the largest city in Moravia. There they explored the Moravian Karst region and Macocha Caves and had another formal concert at the Red Church in Brno.

Next, it was on to the Czech capital of Prague. One of the highlights of the trip was their performance in nearby Pribram at the annual Anton Dvořák Festival. One of only two American groups at the festival, the choir was asked to sing two encores and found out Dvořak’s great-grandson, Peter Dvořák, was in the audience. 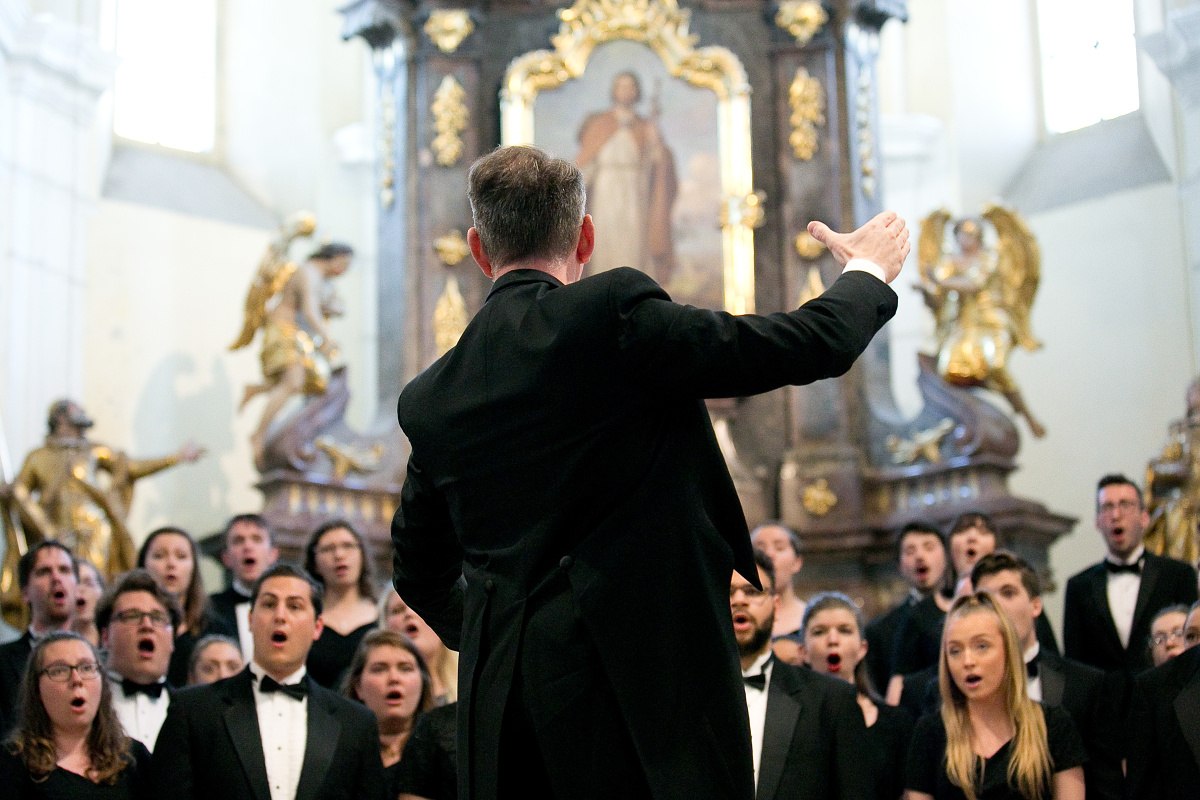 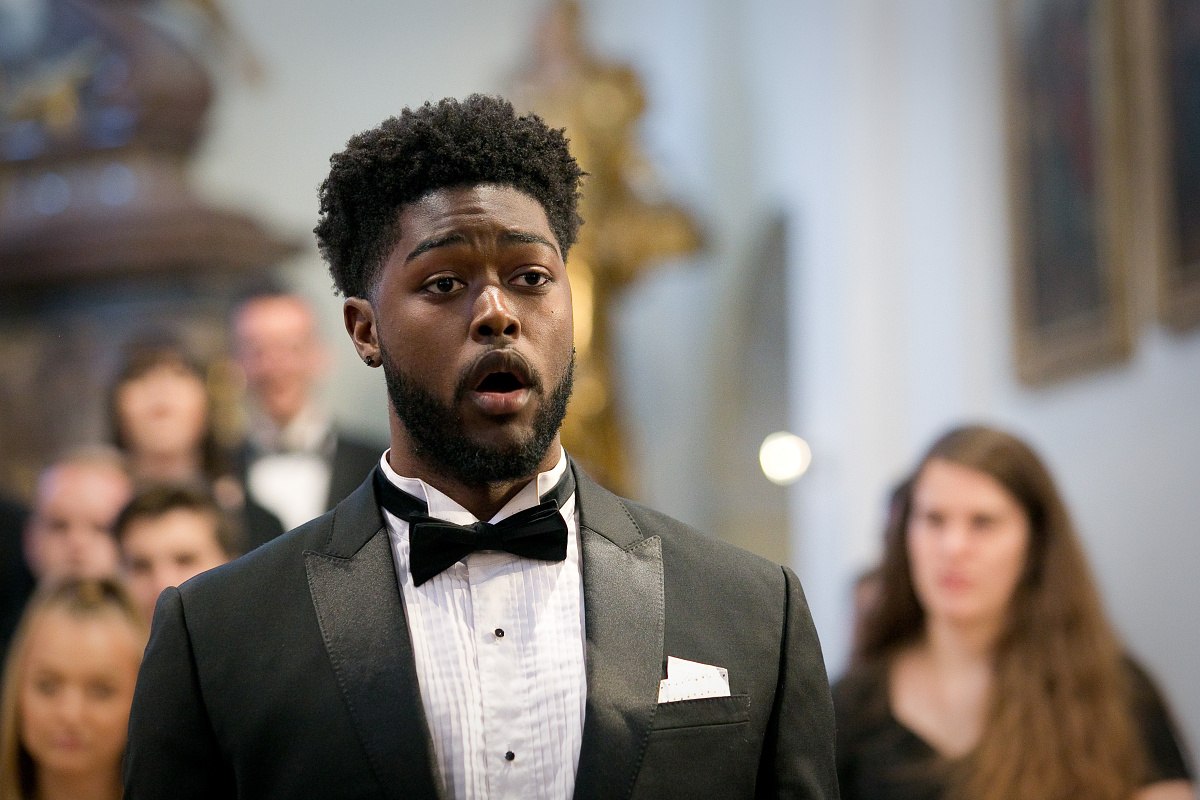 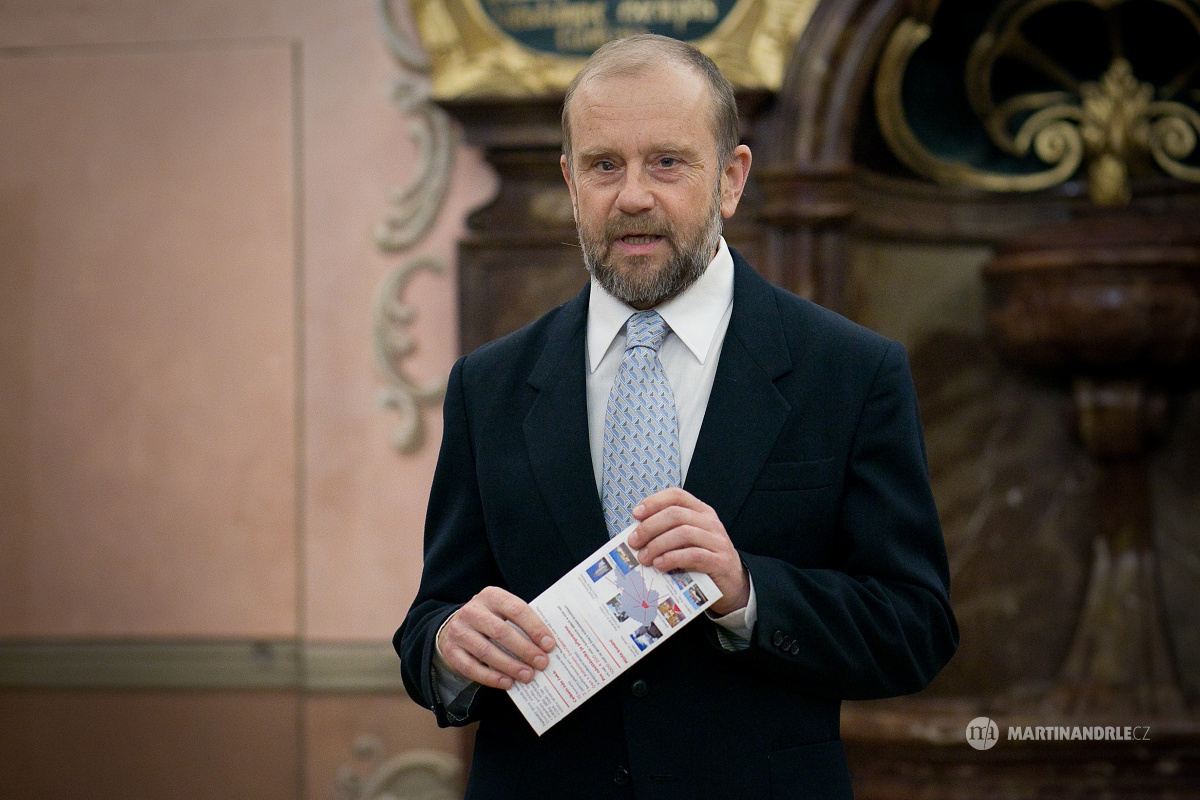 The choir’s final concert was at St. Thomas Church in Prague and afterward, they enjoyed a dinner cruise on the Vltava River to celebrate a successful trip. 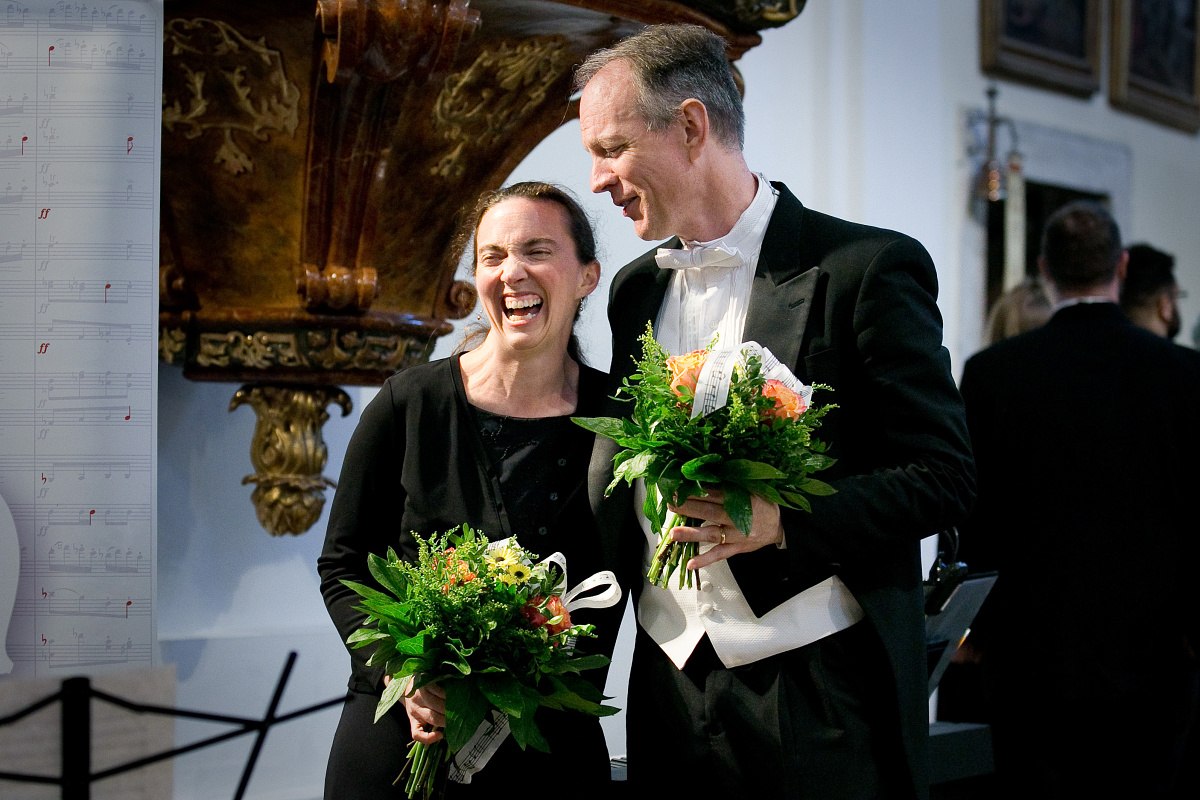 “The venues were terrific,” Ramsdell said. “The acoustic environments were all really strong.”

“I loved every minute of the trip,” said choir member Jessie Gase. “Our tour guides Abi and Peter were absolutely wonderful.” 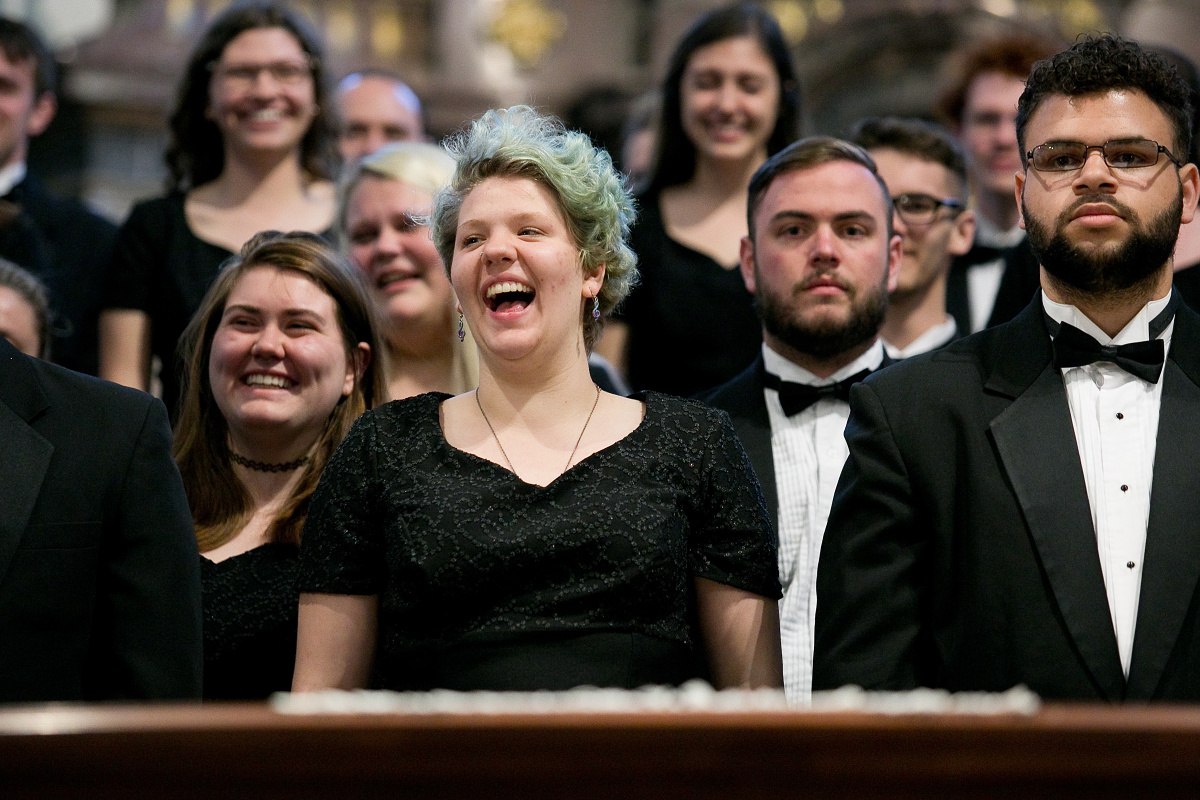