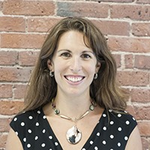 An important part of any children’s choir program is participation in international festivals.  The talented singers have the opportunity to meet other musicians from different countries and expand their musical horizons while learning about new cultures.  Festivals strengthen the choir’s following and attract new singers to lay a foundation of musical integrity.

A relatively new opportunity for festival participation in Spain is the Castile International Choral Festival, which takes place in June every year.  Children’s choirs from around the world gather here to sing together and learn from each other.  The performances are in a variety of venues in Segovia, Avila, Salamanca, Leon, and Burgos, to name a few.  The Castile region of Spain is rich in history and musical tradition, making this a wonderful setting for a music festival.

Some of the venues involved in the festival are the Cathedral of Avila, the university in Salamanca, the Church of San Lorenzo in Zamora, and Burgos Cathedral, etc.  These beautiful venues have wonderful acoustics for choirs and offer an unforgettable experience for any singer or conductor.  The repertoire is quite flexible because having varying types of choirs only enriches the experience for the musicians involved.

As the festival is set in such an important and interesting part of Spain, there are also many sightseeing opportunities during free time from rehearsals and performances.  The capital city of Madrid in in this region and has many fabulous museums, architecture, parks and squares to explore.  El Escorial, the historic residence of the King of Spain is close by, as well as Toledo, the former capital of Spain.  Another wonderful activity to include during a trip to Spain is a Flamenco show, or why not try a few steps in a Flamenco lesson!

The Castile International Choral Festival should definitely be on the radar for children’s choirs!

The post An Exciting Children’s Choir Festival in Spain appeared first on Backstage at Encore Tours.