6 Spooky Destinations Around the World 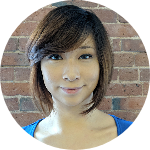 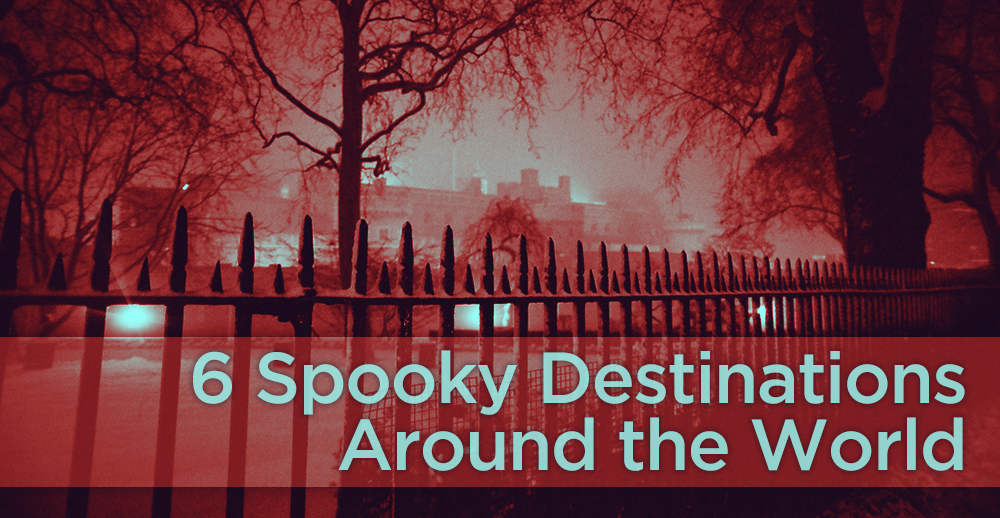 With Halloween just around the corner, you might be hard at work getting into the spirit of the holiday: stocking up on delicious candy, watching and re-watching your favorite horror films, or listening to your favorite spine-chilling tunes.

Of course, if you're reading our blog, that probably means you love to travel too, so we've compiled a list of 6 creepy and spooky places around the world for you to dream of exploring this Halloween—and maybe even visit in the future, if you're brave enough!

Originally built for Cardinal Thomas Wolsey in 1514, this magnificently lavish Tudor palace is now one of only two of Henry VIII's palaces that you can still visit today. It is absolutely enormous, with 1,300 rooms, 60 acres of gardens, and a 36,000 square foot kitchen.

Sadly, it was here that Henry's third and favorite wife, Jane Seymour, passed away 12 days after giving birth to the King's son, Edward VI. Legend has it that on the anniversary of her death, Jane's ghost—a “white wraith”—appears. 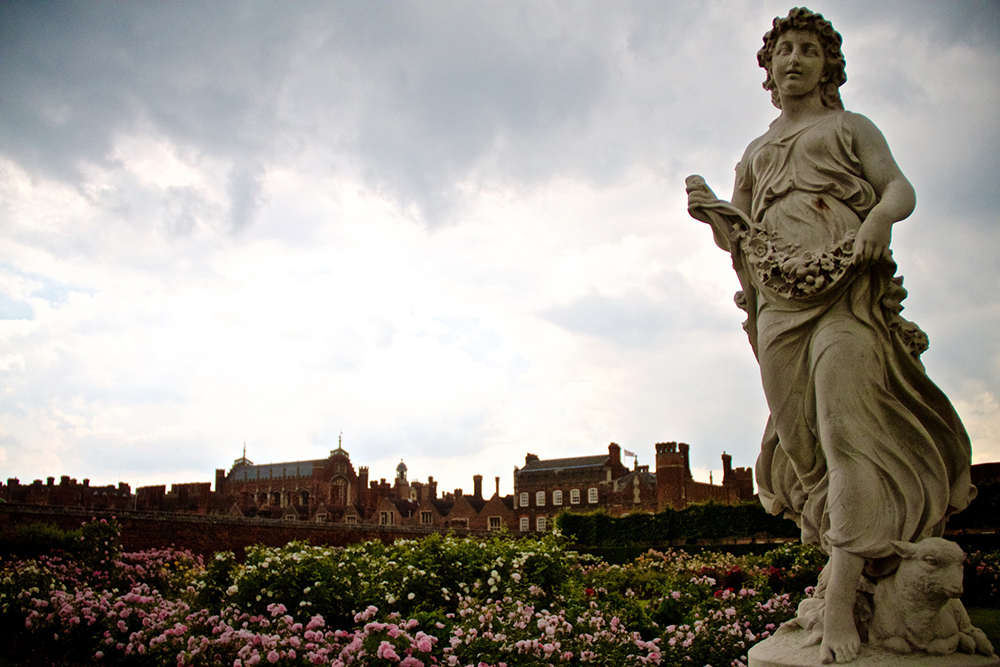 It was also here that Henry's fifth wife, Catherine Howard, was found to have committed adultery with one of the King's courtiers. After an investigation led to the arrest, torture and execution of her former lovers, she was formally charged with “[leading an] abominable, base, carnal, voluptuous, and vicious life, like a common harlot, with diverse persons”.

When Catherine was arrested here in 1541, it is said that she frantically escaped from the guards and desperately ran through the corridors of the palace, screaming for the King to please show her mercy. Today, visitors report seeing and hearing Catherine's ghost still running and screaming in what is now known as the “Haunted Gallery“, where they claim to experience strange sensations as they pass through. 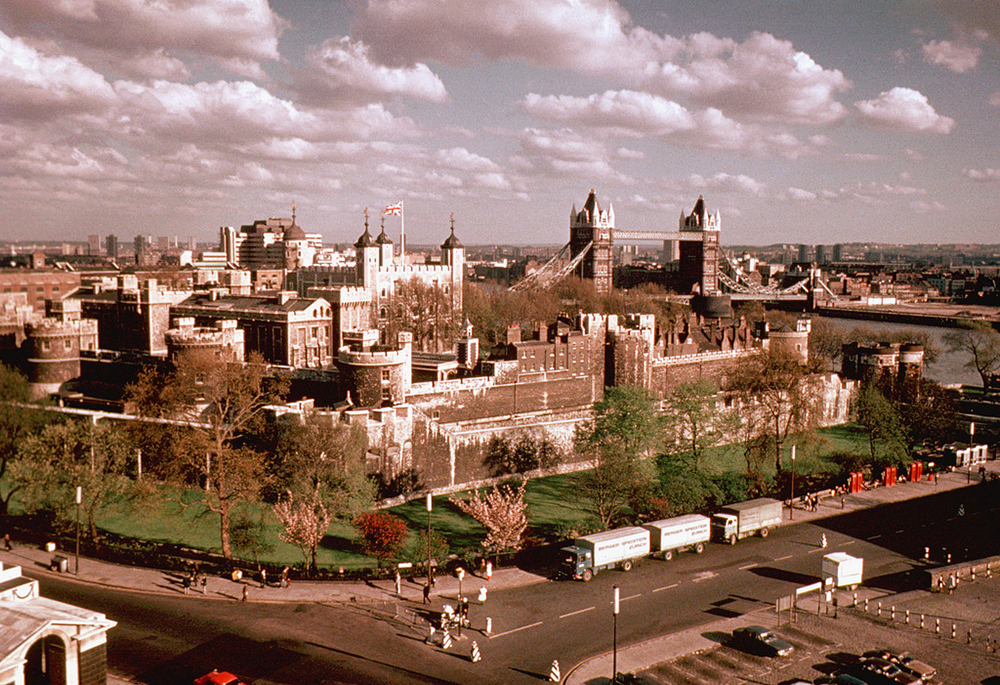 Catherine Howard may haunt Hampton Court Palace, but she became one of many when she was executed at the Tower of London. Built by William the Conqueror in 1078, the Tower is an impressive 12-acre fortress that has historically functioned as a palace, prison, execution site, barracks, and public records office. Notable individuals executed, imprisoned, or tortured here include Anne Boleyn, Guy Fawkes, Queen Elizabeth I, Lady Jane Grey, and Sir Thomas More.

The Tower of London is also the site of the mysterious disappearances of Edward IV's two sons, Edward V and Richard (ages 12 and 9, respectively), who were declared illegitimate by the Parliament and sent to the tower. Though they were often seen happily frolicking through the grounds, they suddenly vanished one day, never to be seen again. Some say that their uncle Richard III, the Duke of Gloucester, ordered for them to be murdered in a power play to seize the throne. 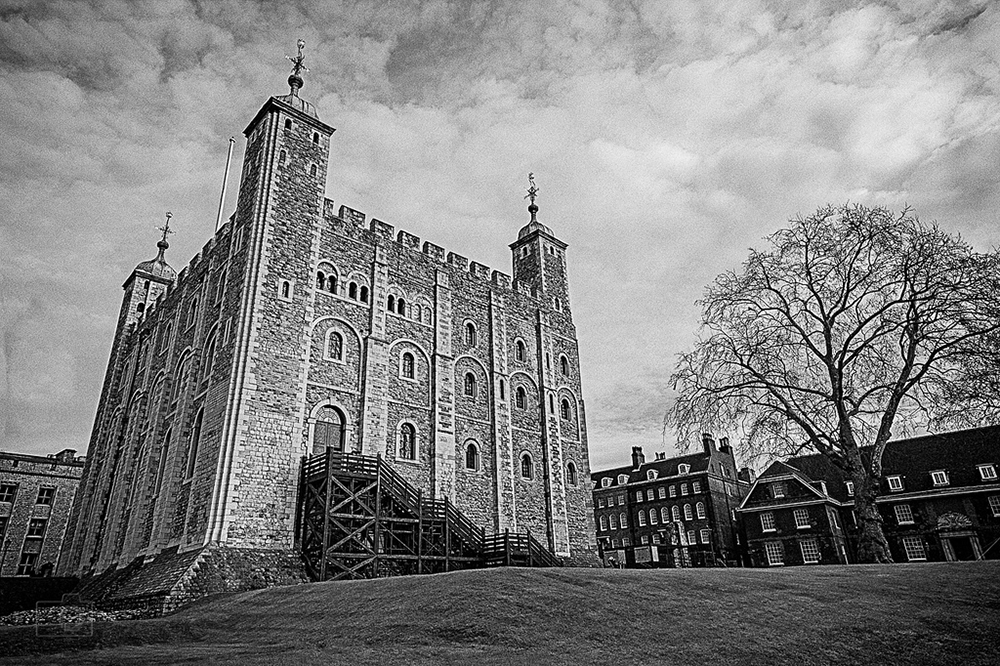 While unconfirmed, two small skeletons believed to be the boys' remnants were found underneath a staircase in the White Tower, one of the oldest buildings within the 12-acre fortress. Reports of their ghosts describe them as wearing nightgowns and “clutching each other in terror” as they wander through what is now known as the Bloody Tower. (Happier reports claim sightings of the boys playing and laughing throughout the grounds.) 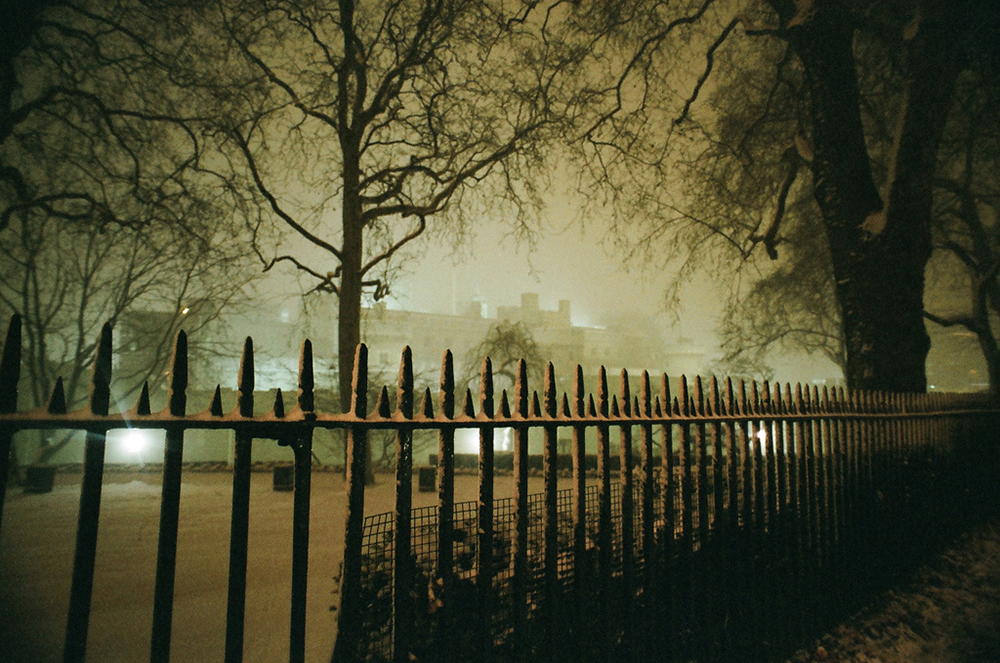 Edward V and Richard aren't the only spirits that are said to be haunting the Tower. Other ghosts reported to have been seen here include Thomas A. Becket, Arbella Stuart, and Anne Boleyn. In fact, there have been several sightings of Anne Boleyn's ghost near where she was executed, and some say they have even seen her headless body wandering down the tower corridors! 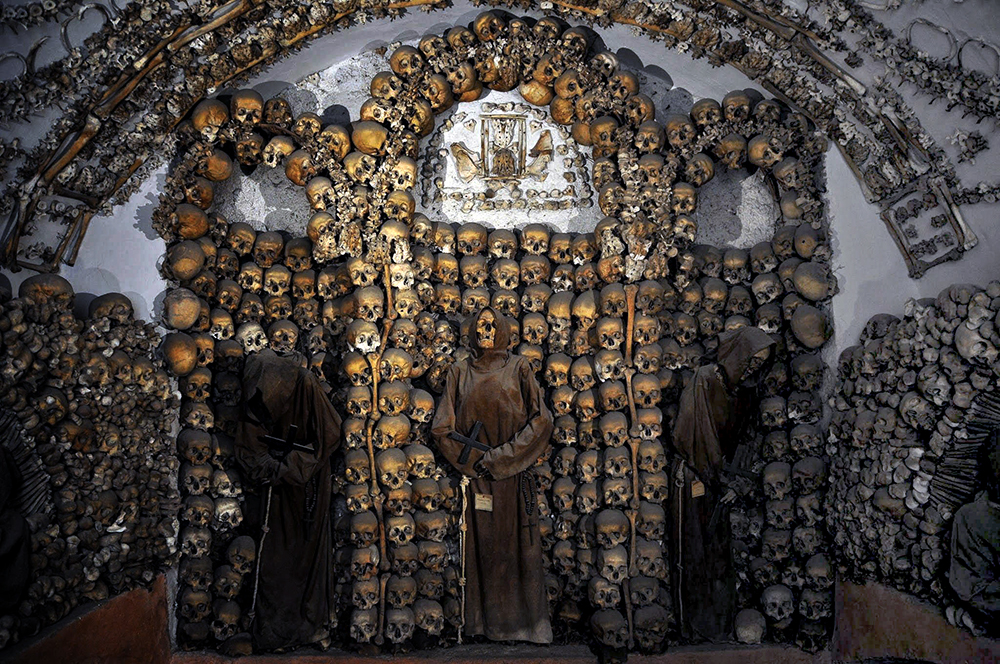 Located underneath the Santa Maria della Concezione dei Cappuccini, the magnificent Capuchin Crypt is home to the skeletal remains of ~4,000 Capuchin friars. Human bones adorn the walls and ceilings in intricate patterns that are sure to take your breath away. Even the lighting fixtures here are embellished with skeletons! It's no wonder this marvelous place has drawn so many visitors over the years. 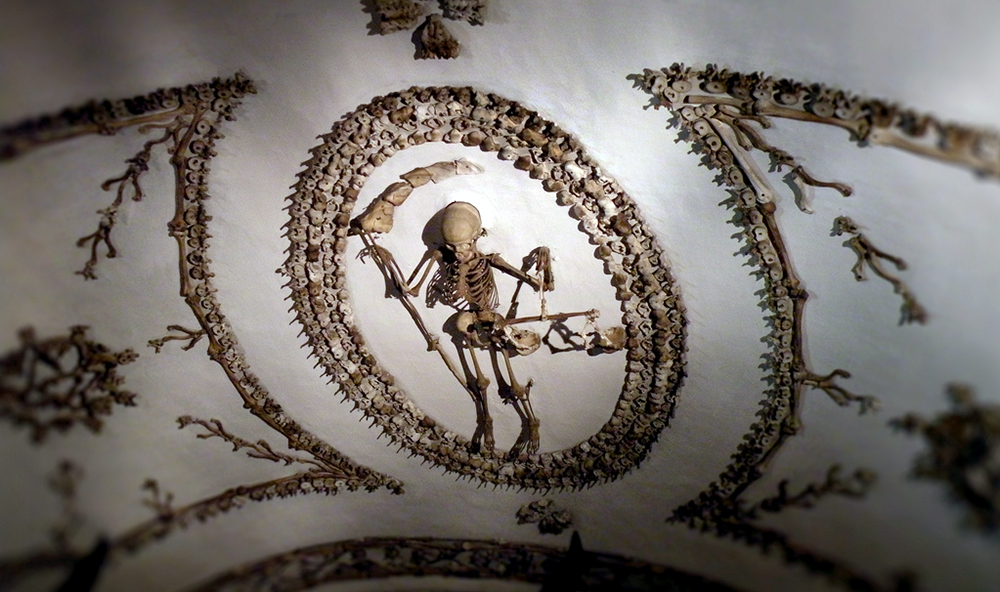 Emanuele Longo, Taste For The Macabre, Color balance by Yuri Kim, CC BY 2.0

Although it might seem creepy to us, the crypt's design and decor embodies the medieval Latin Christian theory of memento mori (Latin for “remember death”) by reminding viewers of their own mortality. One plaque reads, “What you are now, we once were; what we are now, you shall be.” The crypt is a solemn reminder that our time on Earth is fleeting and that we must be ready to meet God at any time.

If you visit, remember to be respectful of the spiritual nature of the site. Keep your voice quiet and low, and remember that visitor photography is prohibited. 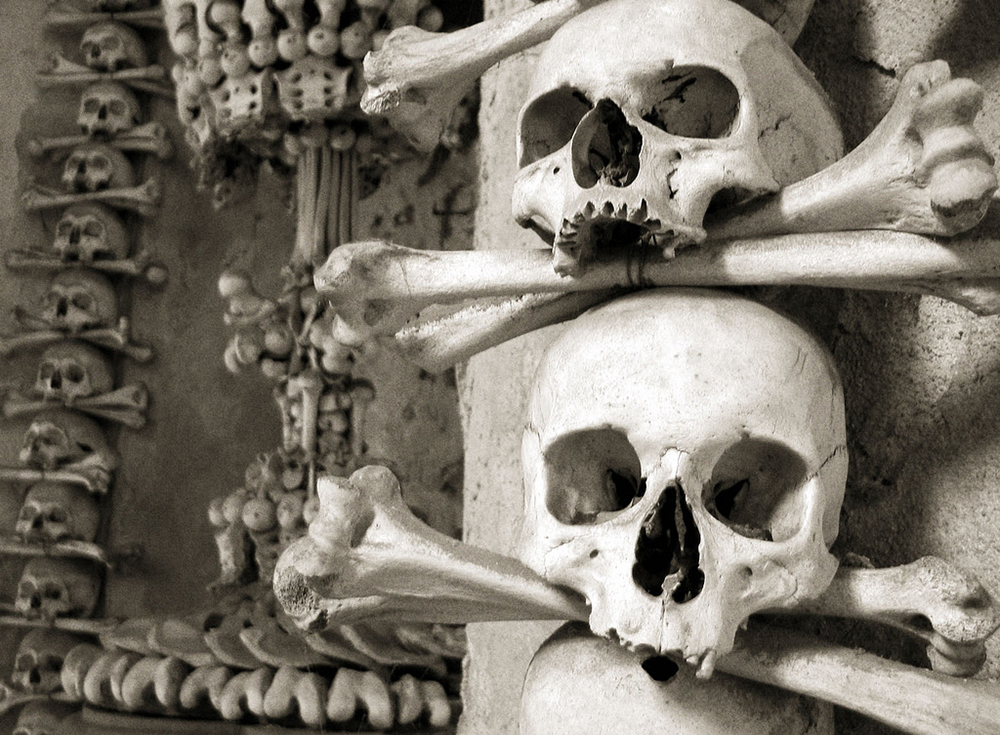 The Capuchin Crypt isn't the only place in the world that uses human remains to decorate its space. The Sedlec Ossuary contains the skeletons of anywhere between 40,000 and 70,000 individuals, carefully arranged in the most intricate of ways.

Located under the Cemetery Church of All Saints in the Czech Republic, the ossuary has a 13th century abbot to thank for its beginnings when the abbot sprinkled dirt from the Holy Land over the abbey cemetery. Word of this act spread, and soon the Sedlec cemetery became one of the most sought-after burial sites throughout the region.

This popularity, combined with the Black Death (contributing ~30,000 bodies) and the Crusades (adding another ~10,000 bodies), meant that soon, the cemetery was overflowing. Starting from the 15th century, bodies were exhumed and placed in the chapel under the church, and in 1870, a woodcarver named František Rint was hired to manage these human remains. 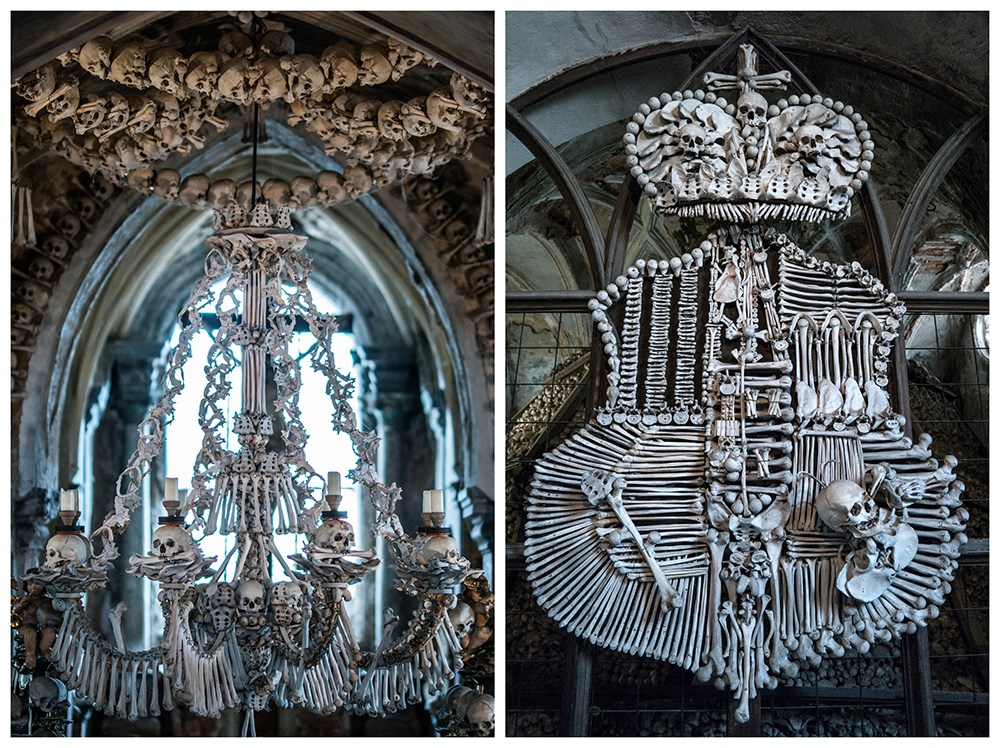 After proving his masterful craftsmanship by bleaching and carving the bones, Rint flaunted his creative muscle by using these parts in ingenious ways. Chains of skulls are draped across entryways, elaborate chalices made from hip bones and femurs are exhibited throughout, and the ossuary even boasts a chandelier that is said to contain at least one of every bone in the human body. 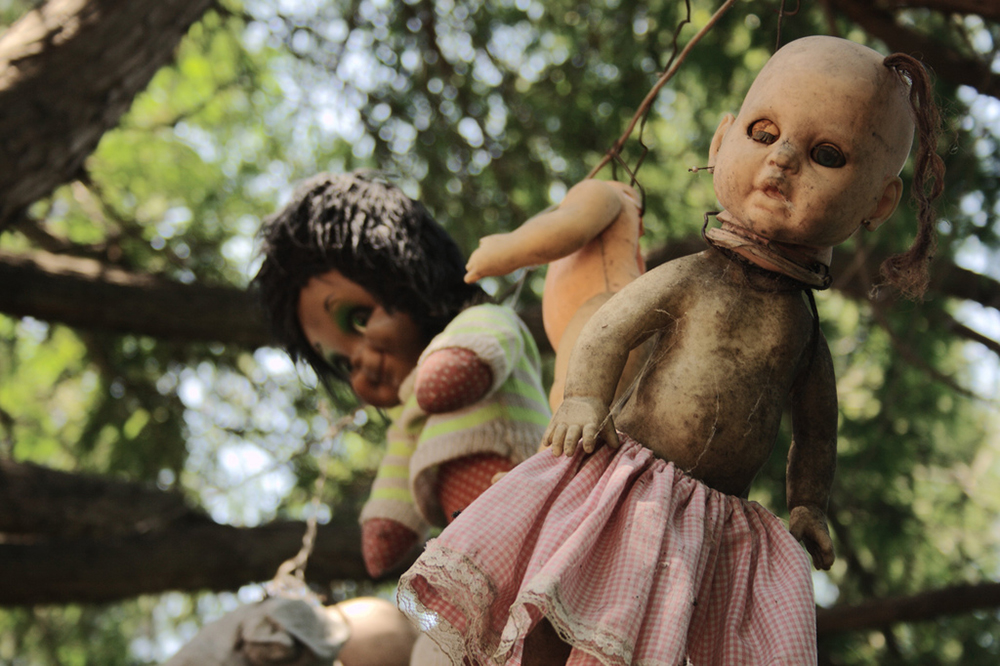 The story of the Island of the Dolls reportedly begins in 1950 with the tragic drowning of a young girl in the surrounding canals. When the island's caretaker, Don Julian Santana Barrera, found the little girl's body, he attempted to save her life but ultimately failed. He would later discover floating nearby what he believed to be the girl's doll, which he then hung in a tree in honor of the doll's deceased owner.

Wracked with guilt, Julian believed he and the island were now haunted by the drowned girl's spirit—and that she was getting lonely. He began to collect more and more dolls from mounds of trash and from the canal, then hung these dolls throughout the island in the hopes of appeasing the girl. Julian continued this practice for 50 more years, collecting over 1,500 dolls in that span of time. Many of these dolls are either headless, body-less or missing limbs, lending to an incredibly creepy aura. 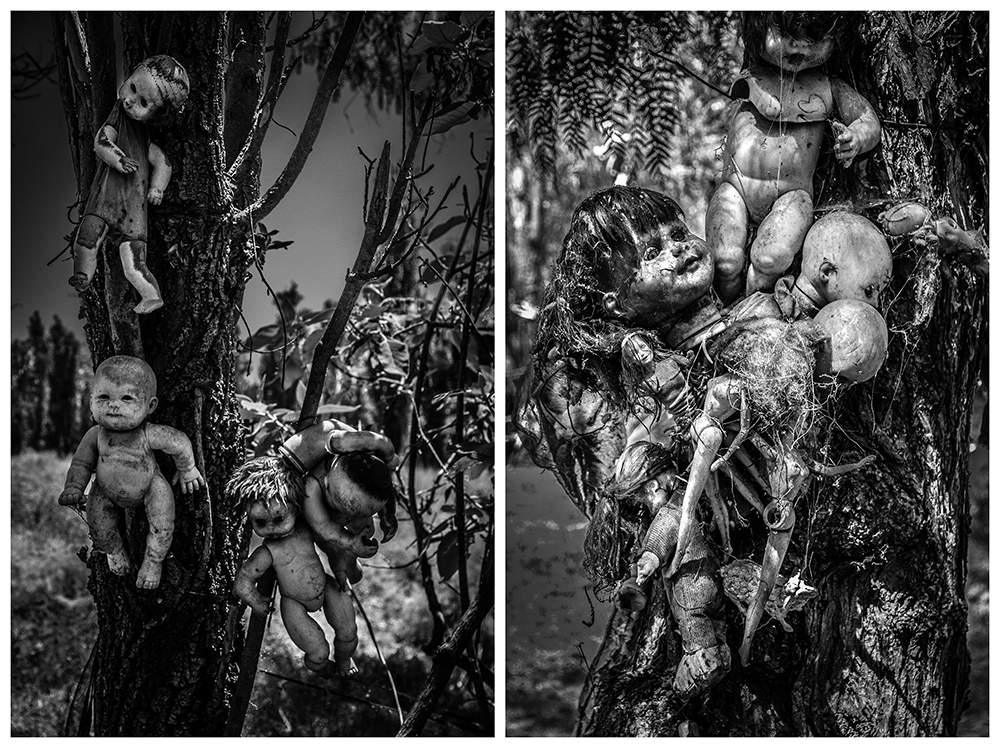 Sadly, Julian passed away in 2001. Today, his cousin Anastasio lives on the island and operates it as a tourist attraction. He warns that it's important not to remove the dolls, as the little girl's spirit is still on the island, and claims that the dolls come alive at night. “They will move their heads and whisper to each other,” he says. 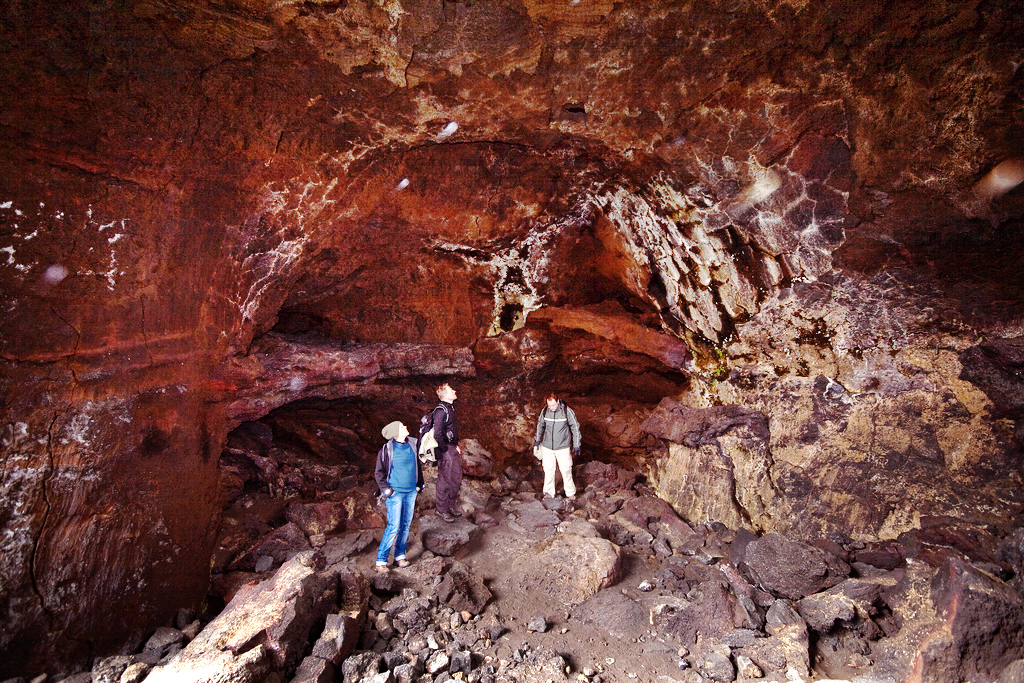 Nature lovers need not feel left out! The incredible natural phenomena of Iceland have given us one of its crown jewels, Dimmuborgir, a majestic expanse of lava fields peppered with volcanic caves and awe-inspiring rock formations. (If the name sounds familiar, it may be because the famous black metal band Dimmu Borgir was named after this location! It was also featured in Season 3 of HBO's Game of Thrones.)

Dimmuborgir was formed some 2,300 years ago, when lava from a giant eruption flowed over a lake and caused the water in it to boil. Although it helped cool down the lava, it also created pillars of steam which would shatter rocks in its path. This resulted in a castle-like formation, with imposing hollow pillars resembling towers and pockets of space resembling chambers. In fact, “dimmuborgir” actually means “dark castle”! 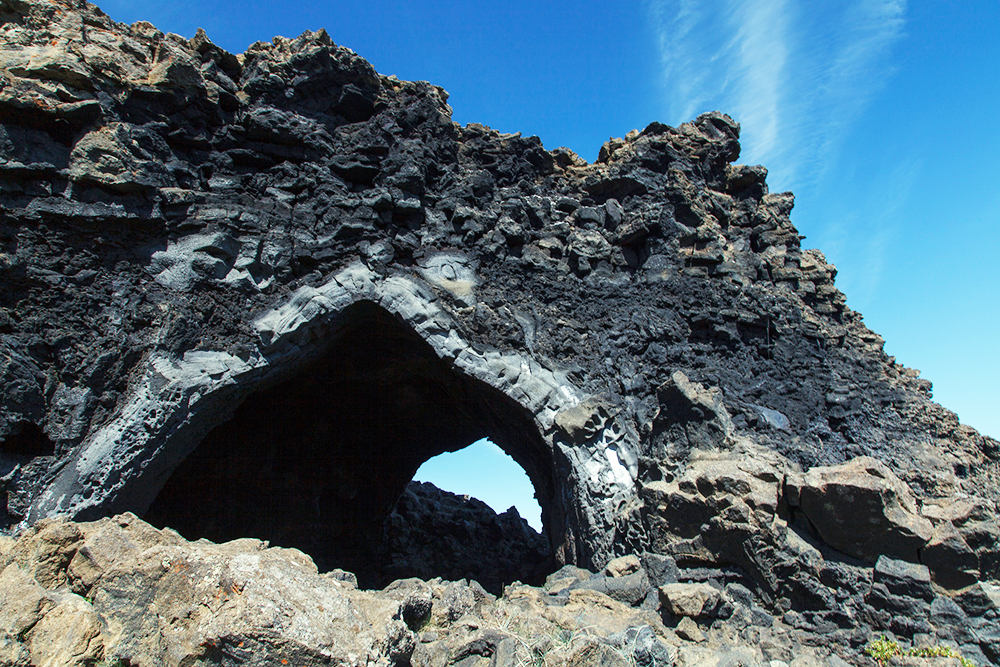 Sometimes called the “gateway to hell,” Dimmuborgir is an important part of Icelandic folklore because it's where Earth is said to connect with the infernal underworld. In Icelandic culture, lava caves are said to be the homes of Iceland's vilest trolls. One such troll—well, half-ogre, half-troll—is Grýla, who is infamous for her voracious appetite for human children. She, along with her husband, her cat, and her 13 sons, are said to reside in this “dark castle.”

In Nordic Christian lore, this is where Satan landed when he was thrown from Heaven, and where he later created the Catacombs of Hell.

For all things travel + music, subscribe to the Encore Tours Backstage Blog!